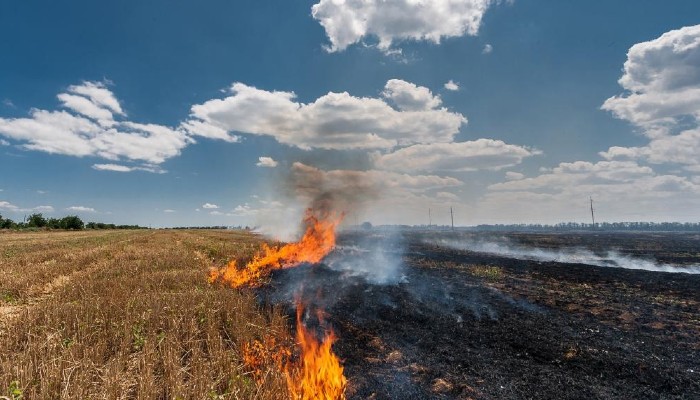 Farmers are on roads, protesting against the three farm laws passed by the government earlier this year. The five rounds of talks have borne nothing for the farmers or the government as there are issues which demand serious rethinking.

In fact, the list of the farmers’ demand is quite long. Their demand includes withdrawal of the Electricity (Amendment) Bill, allowing them to burn farm stubbles without any punishment and provide them diesel at 50 percent discount.

The feasibility for the government to be lenient on the issue of stubble burning and providing them diesel at half rates given the fact that India is a party to the 2015 Paris Agreement on Climate Change raises inhibitions.

One of the goals for India’s Nationally Determined Contributions is to reduce carbon emissions intensity of its GDP by 33 to 35 per cent by 2030 from 2005 levels.

Also, the issue of stubble burning is a globally recognised obstacle to the overall fight against climate change. According to the United States based National Center for Biotechnology Information (NCBI) report of 2019, Crop residue burning has become a major environmental problem at a time when India is the second-largest agriculture-based economy.

Despite efforts by the government the problem of crop residue burning remains as it is causing serious threats to health while causing contributions to global warming.

“The government of India has attempted to curtail this problem, through numerous measures and campaigns designed to promote sustainable management methods such as converting crop residue into energy. However, the alarming rise of air pollution levels caused by crop residue burning in the city of Delhi and other northern areas in India observed in recent years, especially in and after the year of 2015, suggest that the issue is not yet under control,” the report says.

The solution to crop residue burning lies in the effective implementation of sustainable management practices with government interventions and policies, the report says further.

Stubble burning is a long-discussed issue. The national data suggests that a lot has been said with few steps being taken but the issue remains the same. Amid this, Delhi happens to be the worst affected of all.

According to a report by the Observers Research Foundation, one of the key challenges facing the respective state governments across north India is disposing agricultural waste.

The Delhi government’s data says that the stubble burning accounts to 44 per cent of the city’s air pollution.

The data suggests that the problem calls for a few effective sustainable techniques that can help to curtail the issue while retaining the nutrients present in the crop residue in the soil.