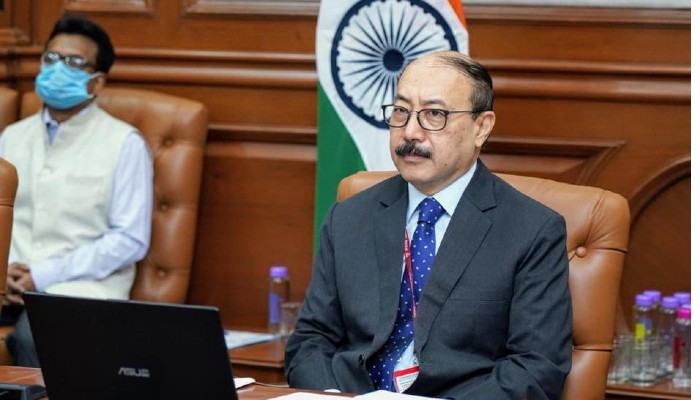 Speaking as the Chief Guest at the ‘Global Heritage Series’ organised by SPIC MACAY, he said artists have been taking India’s rich cultural heritage to the global audience.

Underlining the importance of art and art forms during the times of crises, he said the disruption caused by the pandemic has driven many of us to reimagine art, and art forms.

“As we start to recover from the grasp of COVID-19, we look back to find that in times of crises people need nurturing of the soul. We are reminded of the important role of art in giving people hope,” he said.

With the world soon becoming globalised with the help of internet, he said taking art online has become a necessity and congratulated SPIC MACAY for involving technology in promoting art.

“Tradition must coexist with modernity. I am aware that systems alone cannot foster creativity. Even so, our constant endeavour must be to act as enablers of the youth,” he said.

He also called for collaboration between SPIC MACAY and the Indian Council for Cultural Relations in order to try and bridge the gap between the classical and the popular.

“Taking art online has become a necessity. As our Prime Minister stated during Spic Macay’s International Convention earlier this year, the fusion of ancient art and music with technology is a demand of the times,” he said.

Extending his greetings to the students and youth from all across the globe including participants from Australia, New Zealand, South East Asia, Japan, and South Korea, he said that the Indian culture has found its rightful place in young minds and hearts in the age of the internet.

“Even in the age of YouTube and Instagram, where attention spans grow shorter by the day, I am proud to say that Indian classical music and culture find their rightful place in young minds and hearts. Our global young audience at this platform today is a testament to that fact,” FS Shringla said.

“The Prime Minister had mentioned at the SPIC MACAY International Convention that, rising above the boundaries of states and languages, today music is also strengthening the ideal of ‘Ek Bharat Shreshtha Bharat,’” he said.

The Foreign Secretary also reaffirmed the support of the Ministry of External Affairs and India’s missions abroad to its efforts to showcase Indian classical art forms globally.