Talks between Farmers Unions and Government to continue on December 9 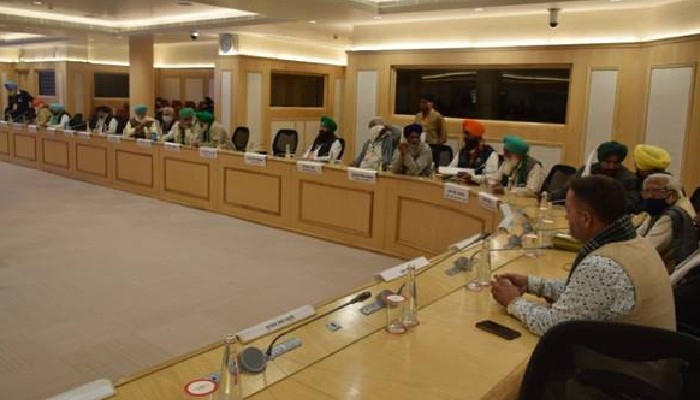 During the dialogue there was an exchange of opinions of both sides. The Agriculture Minister assured the Farmers Unions that the existing APMC is a strong organisation and it will not be weakened. Mr Tomar reassured farmers representatives that the Modi Government is committed to the welfare of farmers and has taken a number of steps and pro farmers reforms. He said that MSPs have been hiked multiple times and will continue in future.

The Minister appealed to the Farmers Unions that they should give up their agitation and solve their grievances through talks and dialogue. He appealed that children and elders should be allowed to go home in view of the cold and Covid.

Shri Narendra Singh Tomar also enumerated the measures that the Modi Government has taken for the welfare of farmers like significant increase in budgetary allocation for Agriculture, the allocation under PM Kisan Yojna in which farmer gets direct income support;the Rs 1 Lakh crore agri-infrastructure fund;historic MSP hikes;measures taken for procurement and technology upgradation. These and other measures underline the commitment of the Government towards farmers of India.