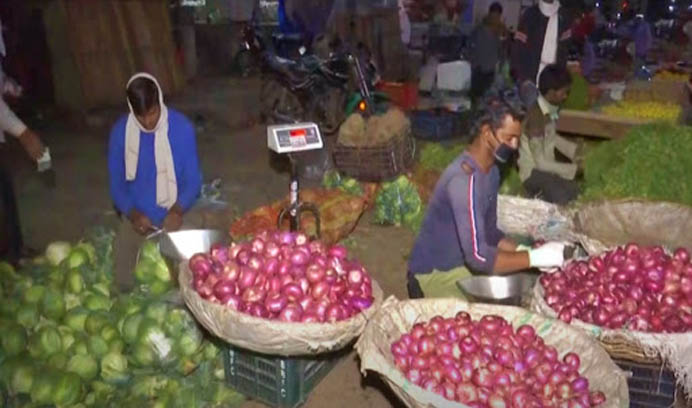 The three new farm laws are in the interest of the farmers, and repealing these will lead to farmers to lose thrice over

December 8 marks the 'Bharat Bandh’ or shutting down of the world’s fifth-largest economy in support of the farmers’ protest against the new farm laws. While over a dozen opposition parties support the protest, the Vice President of ORF, Gautam Chikermane believes that farmers’ interests are ignored in the ‘politicized’ protests.

Writing in an article at ORF, Chikermane explains that the three new farm laws are in the interest of the farmers, and repealing these will lead to farmers to lose thrice over. He says that opposition is supporting the farmers for their own ‘vested’ interests.

The new law entitles farmers to sell their crops outside APMCs and across states. While this is a benefit, it doesn’t stop them from selling to APMCs. But it prevents APMCs from charging any market fee, cess, or levy outside APMC areas, he says.

Further, Chikermane points out that the second, the Essential Commodities (Amendment) Act, 2020, brings an ancient 20th ancient law, the Essential Commodities Act, 1955, in tune with 21st-century realities, flexibilities, and aspirations. It aims to ease excessive controls over the production and distribution of agricultural commodities and deregulate the prices of cereals, pulses, potatoes, onions, edible oilseeds, and oils.

Finally, the repeal of the third law, he points out, will ensure that any legislative mechanism that farmers get while dealing with non-APMC buyers, such as agri-business firms, processors, wholesalers, exporters, or large retailers, will end.

“The Farmers (Empowerment and Protection) Agreement on Price Assurance and Farm Services Act, 2020 is a closure of the two laws above. It creates a legal framework of agreements within which farmers can engage with companies and wholesalers,” he says.

Concluding the article, Chikermane says that the opposition is backing Bharat Bandh and the farmers’ protest not for farmers’ interest but to politicize the entire dynamics. This is nothing but causing inconvenience to the citizens.

“If the dharna, the protest and the inconvenience to citizens is merely another reason to hold back important and crucial reforms because of a politics that supports small slivers of vested interests rather than the large swathe of small farmers, the government must not give in,” he says, adding that the new laws will benefit the farmers if you look at their economics.