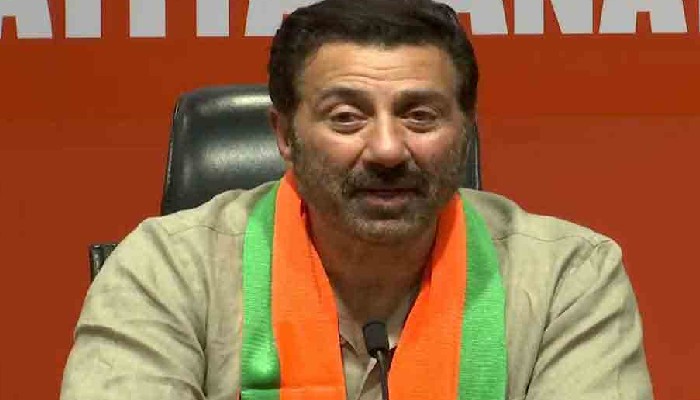 Actor and BJP MP from Gurdaspur Sunny Deol on Sunday said that he stands with his party and with farmers.

As the ongoing farmers' protest against three new farm laws enters into 12th day on Monday (December 7), actor and BJP MP from Gurdaspur Sunny Deol on Sunday said that he stands with his party and with farmers.

Sunny Deol supported the new farm laws and said that Prime Minister Narendra Modi-led government at the Centre always thinks of the betterment of farmers. The Bollywood actor took to Twitter to post a picture of his statement on the ongoing farmers` protest.

"I request the whole world that it is matter between our farmers and the government. Do not come between them, because both will find a way after discussions. I know that many people want to take benefits from it and are creating problems. They are not thinking of farmers. They may have their own agenda," he said.

"Deep Siddhu, who was with me during the election has not been with me for a long time and whatever he is speaking, he is saying on his own. I am in no way related to his activities. I stand with my party and farmers and will always be with farmers. Our government always thinks of the betterment of farmers and I am sure that the government will ensure the right outcome after holding talks with farmers," he added.

It may be recalled that actor-turned-activist Deep Sidhu was caught on camera espousing the cause of Khalistan during the farmers protest.

The protesting farmers have called for Bharat Bandh on December 8. Farmers from Punjab, Haryana and other parts of the country have been protesting at the Delhi borders since November 26. The Centre is holding talks with farmers to break the deadlock and the next round of talks between farmer leaders and central government is scheduled on December 9.

The farmers are protesting against the Farmers` Produce Trade and Commerce (Promotion and Facilitation) Act, 2020, the Farmers (Empowerment and Protection) Agreement on Price Assurance and Farm Services Act, 2020, and the Essential Commodities (Amendment) Act, 2020.