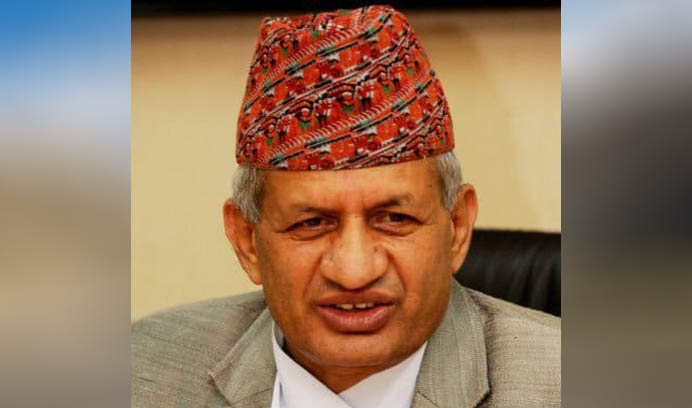 The joint commission meeting which alternates between the two countries, will take place in New Delhi this year

However, Ministry of External Affairs spokesperson Anurag Srivastava on Thursday said the date for Nepal Foreign Minister Pradeep Gyawali’s visit is still being worked out.

According to the MEA spokesperson, Foreign Secretary Harsh Vardhan Shringla, during his visit to Nepal, had invited Gyawali on behalf of the External Affairs Minister S Jaishankar to visit India for the Joint Commission meeting.

The 6th meeting of Nepal-India Joint Commission is expected to take place in New Delhi on December 15-16, The Kathmandu Post reported.

Earlier a release from the Indian mission during Foreign Secretary’s visit had said, "Foreign Secretary conveyed an invitation, from External Affairs Minister Dr. S Jaishankar to Hon'ble Foreign Minister Pradeep Gyawali to visit India for the next Joint Commission Meeting."

The joint commission meeting, which alternates between the two countries, will take place in New Delhi this year. The Fifth Joint Commission Meeting was held in August 2019 in Kathmandu with External Affairs Minister S Jaishankar visiting the country.

Further, carrying forward the bilateral and economic ties, both sides are holding a two-day meeting on trade and transit starting Thursday.

The Indian Embassy in Nepal said in a tweet, “The two-day meeting of the India-Nepal Inter-Governmental Sub Committee on Trade and Transit commenced today. This meeting, being held at Joint Secretary level, would review and set way forward for further enhancing bilateral trade and economic ties.”

The two-day meeting of the India-Nepal Inter Governmental Sub Committee on Trade and Transit commenced today. This meeting, being held at Joint Secretary level, would review and set way forward for further enhancing bilateral trade and economic ties.@MEAIndia @PMOIndia pic.twitter.com/oKGKjHebHT


In the backdrop of the ongoing India-China border standoff in the Ladakh sector, India and Nepal have held a series of bilateral talks in recent months. Both countries had been working behind the scenes to put the bilateral relationship back on an even keel.

Foreign Secretary Shringla’s visit to the Himalayan Nation last month concluded on a note of two sides underscoring the importance of respecting each other’s sensitivities and handling the boundary issue under appropriate bilateral mechanisms, while at the same time taking forward cooperation on connectivity and development projects.

India and Nepal have a longstanding bilateral relationship, which is furthered by the high-level visits from both sides.

During the tough times, when the world is faced with a deadly pandemic, India has time and again shown its firm support to Nepal in its fight against COVID-19.