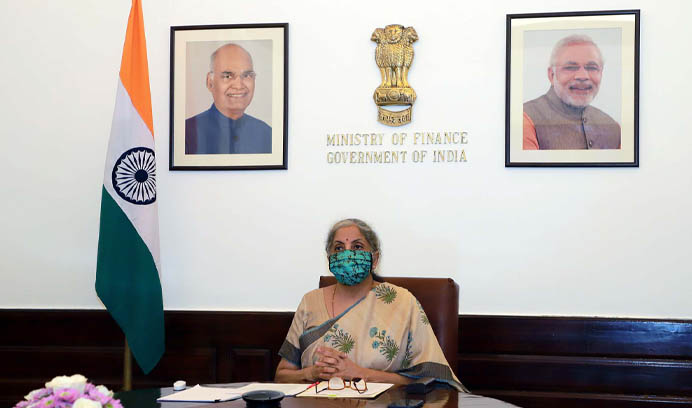 The government was ensuring a facilitative environment for the MNCs operating out of India, Finance Minister Nirmala Sitharaman said

India has turned the crisis created by the COVID-19 pandemic into an opportunity to push through economic reforms, Finance Minister Nirmala Sitharaman has said, adding that the momentum of these reforms will continue to make India a global investment destination.

Several Sovereign Funds had expressed interest in partnering with the government on its National Infrastructure Pipeline, she pointed out. The reforms announced under the Atmanirbhar Bharat package had opened up niche sectors like Space and Nuclear Energy for foreign investors, the Finance Minister explained.

Addressing the National MNC’s Conference 2020 organized by the Confederation of Indian Industry (CII) on Monday, Sitharaman said the government had been working assiduously towards ensuring a “facilitative environment” for the MNCs operating out of India.

“Even at the time (of) COVID pandemic, the Prime Minister has not lost an opportunity to take deep reforms, to undertake those kinds of reforms which have not seen the light of the day over the decades,” she added.

“The momentum for reform shall continue. Several more active reform-related steps are being taken up,” she said.

According to Sitharaman, the government was ensuring the setting up of Special Manufacturing Zones for the production of Pharma, Medical Devices, and APIs in six states.

The virtual event was attended by government officials and top industry experts.

He further said that the goal of these reforms has been easing the policy and regulating the environment.

“We’ve tried to improve our ranking in the Global Innovation Index which has jumped up significantly. We are determined to enhance our R&D investments to push a culture of innovation and entrepreneurship in the country,” Kant said.

Speaking virtually at the event, the Member of GST, IT Tax Policy, Vivek Johri said that the government is working towards crowdsourcing of ideas and strengthening the use of technology for improving the user technology.

FM Sitharaman further said that the financial sector is being professionalized and the government will continue with the disinvestment agenda.

Meanwhile, the Director-General of CII Chandrajit Banerjee appreciated the recent reform of the extension of the Production Linked Incentive scheme to 10 sectors by the government of India.


Govt has been working rigorously to create a strong & dynamic environment for the MNCs. Among some of the commendable initiatives, is the extension of the #PLIscheme to 10 more key sectors. ~ @CB_CII, DG, CII at #CII_MNCsConf2020. @FinMinIndia @NITIAayog @nsitharamanoffc (1/2) pic.twitter.com/O6Sn7pAfMV

India is working on a pilot project on Blue Hydrogen, Hydrogen CNG (H-CNG) and Green Hydrogen

India has the potential to become the world’s largest and most innovative startup ecosystem, said Piyush Goyal

Turning the Covid-19 pandemic into an opportunity, the Indian Railways way