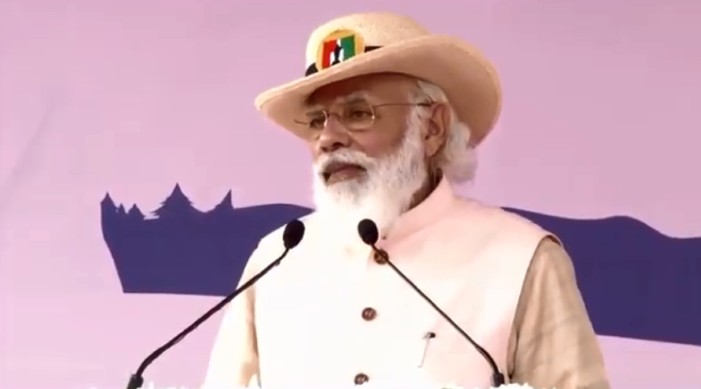 The truth about Pakistan’s involvement in the 2019 Pulwama attack has been admitted in the country’s parliament, Prime Minister Narendra Modi said on Saturday, adding that this had exposed the play of ugly politics in India after the incident.

Speaking at the Ekta Diwas celebrations on the birth anniversary of Sardar Vallabh Bhai Patel at Kevadia in Gujarat, the Prime Minister also said that those who were eyeing India’s territory were getting a “befitting reply”.

Pointing out that “India's perspective and attitudes towards borders have changed,” he said the country was building hundreds of kilometers of roads, dozens of bridges and many tunnels on the borders. “Today's India is fully ready to protect its sovereignty and integrity,” he asserted.

On the Pulwama attack, PM Modi said the country can never forget the incident, which left 40 personnel of the Central Reserve Police Force (CRPF) dead.

He said, “The way the truth (about Pulwama attack in India) has been admitted in the parliament of the neighboring country, it has exposed the real faces of those who did politics over the incident”.

He requested people to avoid such politics to ensure the security of the country and to keep the morale of the security forces high.

The Prime Minister noted that the Union Territory of Jammu and Kashmir has now restored peace and has moved on a new path of development.

"Today, Kashmir has moved on a new path of development...Whether it is the restoration of peace in the Northeast, or the steps being taken for development there, today the country is establishing new dimensions of unity," he said.

The Prime Minister’s comment on Pulwama comes days after Pakistan Minister Fawad Chaudhary admitted that his country was responsible for the terror attack that brought the two sides to the brink of war.

Speaking in the National Assembly, the Pakistan Minister had said, “Humne Hindustan ko ghus ke maara (We hit India in their home). Our success in Pulwama is a success of this nation under the leadership of Imran Khan. You and us are all part of that success.”

The Pulwama terror attack took place on February 14, 2019, when a 78-vehicle convoy was transporting over 2,500 CRPF jawans from Jammu to Srinagar. In the afternoon, an SUV packed with 350 kilograms of explosives rammed into one of the buses belonging to the convoy on the National Highway 44 at Lethipora, near Avantipora town.

However, since then Pakistan has denied both its involvement in the terror attack and IAF’s retaliation in its territory.

The Pakistan Minister’s statement, in which he mentioned the leadership of Pakistan Prime Minister Imran Khan, has brought the truth to light. It has now become clear that the country has been relying on its false claims for more than a year.

Defence Minister Rajnath Singh on Friday had also accused Pakistan of not accepting the truth for a long time.

"A Pakistani minister has revealed the truth in the Pulwama attack by giving a statement in the National Assembly. Pakistan has accepted that they were behind the Pulwama attack. Until now, they had been saying they were not involved in it," Singh said.