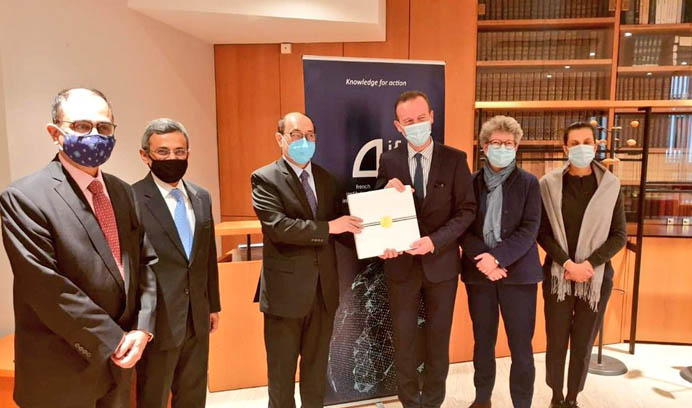 Foreign Secretary Harsh Vardhan Shringla who is on the three-nation European tour on Friday met a cross-section of leading French academia, media and think-tankers in Paris.

During his interaction with French academia, the Foreign Secretary condemned terrorism and radicalism, stating,“They threaten our cherished democratic freedoms and our shared republican ideals. The events of the past week in Paris and Nice have been horrific. India stands by France. We cannot pretend such actions come from simply lone-wolf initiatives and misguided individuals.”

“There is an infrastructure of radicalism, including its online manifestations, that comes into play. It has the backing of states and organised institutions. You know who they are. We cannot and should not postpone a coordinated and definitive response,” he added.

Talking about closeness between India and France, he said,”France is first non-neighbourhood stop in pandemic-age diplomacy. France is India’s oldest strategic partner and our Friend for All Seasons.”

“Importance of France as a steadfast friend across so many domains. From terrorism to global warming, from maritime security to sustainable development, from norms-based international institutions to technology and innovation, we are inevitably on the same side of the court,” he added.

“This has been a challenging year due to Covid and stresses on the international system. While multilateralism needs to be reformed and upgraded, its hard-won gains must be nourished. As instinctive multilateralism, India and France have to shoulder responsibilities together, especially at the UNSC where we will work together,” the Foreign Secretary maintained.

Few countries have recognised the dangers of climate change with the clarity and consistency of India and France. “ISA and Paris agreement are testimony to this. We have not waited for others, we have moved ahead,” he said.

“Important to take the same globalist, enlightened philosophy to new frontiers — whether conceptual such as cyberspace or geographical such as the Indo-Pacific. Here and elsewhere, India and France are voices of wisdom and stability and actors for the greater common good,” he noted, adding there was great interest in the strengthening dynamics of the India-France strategic relationship