India is on its way to ‘economic recovery’: PM Modi 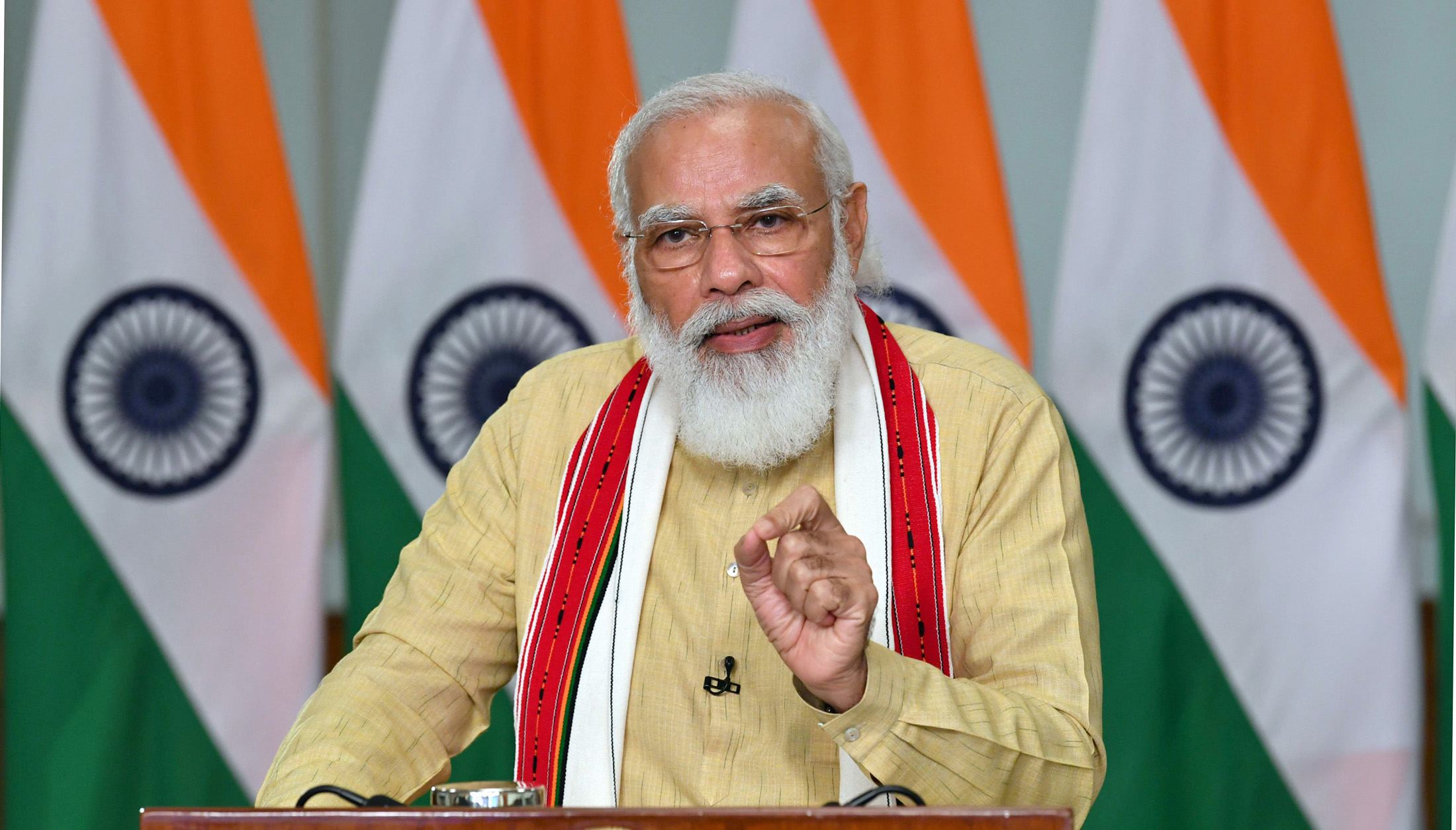 Record agricultural production and purchase will help in the recovery, Prime Minister Narendra Modi said in an interview to The Economic Times

Prime Minister Narendra Modi has said that India is on its way to economic recovery. In an interview with The Economic Times published on Thursday, the Prime Minister listed the key indicators that have helped in the recovery of the economy post the lockdown imposed due to the Covid-19 pandemic.

One of the key factors, he said, was agriculture as the country has also done record procurement at the highest ever levels of the Minimum Support Price.

“On MSP, in the just completed Rabi marketing season, the Central government has procured 389.9 lakh MT of wheat, an all-time record, with 75,055 crores going to farmers as MSP. In the ongoing Kharif marketing season, up to 159.5 lakh, MT of paddy has been procured, compared to 134.5 lakh MT at the same point last year, an increase of 18.62%. All this happened after we brought the three ordinances, which have now been passed by Parliament,” the Prime Minister said.

“These two factors — record production and record purchase — are going to inject significant income in the rural economy which will have its own virtuous cycle of demand generation,” he added.

The second, the Prime Minister noted is the record high FDI inflow indicating the investor-friendly image of India. This year, despite the pandemic, we received the highest ever FDI of $35.73 billion for April-August, which is higher than the same period last year, PM Modi noted.

A recent survey by the Confederation of Indian Industries (CII) and EY noted that India is among the top three choices for overseas investment in the next two-three years and attributed the achievement to the ease in policy reforms by the government.

Further, he said that auto sales along with tractor sales have also contributed to the revival of the economy. The Prime Minister said that this indicates a strong resurgence in demand.

The Prime Minister said in the interview that Atmanirbhar Bharat and a steady recovery in the manufacturing sector helped India climb two notches to the third position among key emerging markets after China and Brazil in September.

“The manufacturing growth is reflected in the first year-on-year rise in exports in seven months. E-way bills and GST collections growth has also been healthy,” he said.

The Prime Minister said that in terms of new net subscribers of Employees’ Provident Fund Organization (EPFO), the month of August 2020 registered a 34% jump compared to July 2020 with the addition of more than a million new subscribers indicating that the job market is picking up.

Prime Minister Modi further noted that key indicators of economic recovery like railway freight traffic increased by more than 15% and power demand by 4% in September over the same month last year. This shows that recovery is broad-based.

Talking about the economic packages, he said that the government first announced the PM Garib Kalyan package to alleviate the suffering of the poor people, the migrants, and farmers. Then, to ameliorate the hardships being faced by people, the Atmanirbhar Bharat package was announced.

The Prime Minister assured that the government will take all measures needed to stimulate the economy promptly while ensuring overall macro-economic stability. During the course of the interview, he said that the pandemic is still here yet the economy has shown a remarkable capability to bounce back.

“Our economy has shown a remarkable capability to bounce back, largely because of the resilience of our people. This is something which is not captured in these numbers but is the reason behind those numbers. The shop-owner, the trader, the person running a MSME, the person working on factory floor, the entrepreneur, all these are the heroes responsible for the strong market sentiment and revival of the economy,” he said.

Read the full interview in The Economic Times