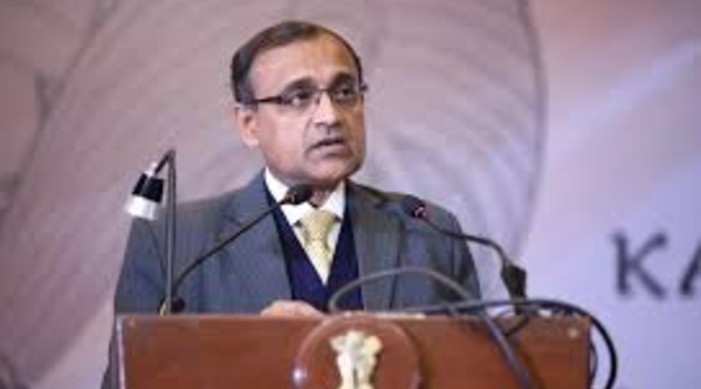 Speaking on Monday at the United Nations Security Council’s open debate on 'The Situation in the Middle East', India’s permanent representative to the UN T S Tirumurti said "India calls on concerned parties to completely stop support to terrorist forces like ISIL and others. India also urges all parties in the region to work constructively and in good faith to promote peace, stability, and development for the benefit of all people in the Middle East.”

The Indian envoy conveyed New Delhi's stand on "interlinked and mutually reinforcing challenges" faced by the people of the Middle East.

Underlining that the Middle East has been plagued by political instability, festering conflicts, sectarian divides, issues of refugees, and terrorism, he said that the Covid-19 pandemic has only exacerbated threats posed by these challenges.

In his statement, Tirumurti noted that India has invested much in the peace and stability of the region by deploying its personnel as part of UN peacekeeping forces, through humanitarian assistance, development cooperation, and capacity building, and will continue its contribution towards peace-building in the Middle East.

"It is an unfortunate reality that the interlinked and mutually reinforcing challenges faced by the people of the Middle East have not yet been resolved. Political instability, long-festering conflicts, sectarian divides, issues of refugees, and terrorism continue to plague the region. The COVID-pandemic has only exacerbated the threats posed by these challenges," the statement read.

Tirumurti urged Israel and Palestine to resume direct negotiations at the earliest and asked the international community to take concrete steps towards resuming and facilitating these negotiations quickly.

He noted that India supports Palestinian President Mahmoud Abbas's call for an international conference organized by UN Secretary-General Antonio Guterres to engage all concerned parties in a meaningful peace process.

Reiterating India’s support for peace and stability in West Asia, Tirumurti said India welcomes the agreements for normalization of relations between Israel and UAE and Bahrain.

On the armed conflict in Syria, India said that surging inflation, near halt in economic activities, and severe sanctions, have accentuated the humanitarian crisis in the country marred by decade long conflict which has claimed over 400,000 lives, displaced 6.2 million people internally, and compelled another 6.3 million people to seek shelter in neighboring countries.

New Delhi said it is not only contributing to the return of normalcy and rebuilding of Syria but has also consistently called for a comprehensive and peaceful resolution of the Syrian conflict through a Syrian-led dialogue.

Further, the envoy stated that India remains concerned about the security and humanitarian situation in Yemen and encourages all parties to engage constructively with the UN Special Envoy Martin Griffiths for early finalization of the Joint Declaration paving the way for a peaceful political transition in Yemen.

In the aftermath of the August 4 blast that brought destruction to vast swathes of Beirut and inflicted heavy loss of lives, Tirumurti said India stood in solidarity with Lebanon.

"We sent emergency humanitarian aid of over 58 MT to Beirut. We look forward to the swift formation of a new government that can offer political stability and also tackle the grave socio-economic challenges being faced by the people of Lebanon," India's Permanent Representative to the UN said.

"The commencement of discussions on the disputed border between Israel and Lebanon is a significant development. I am hopeful that this will provide an opportunity to resolve the longstanding issue between the two countries," he added.

The virtual debate was attended by the representatives of Germany, the United Kingdom, France, and Belgium, while Russia, China, Vietnam, Tunisia, Indonesia, South Africa, Niger, the Dominican Republic among others.

“The European Union remains united in its commitment to achieving a two-state solution that meets Israeli and Palestinian security needs and Palestinian aspirations for statehood and sovereignty, ends the occupation that began in 1967, and resolves all permanent status issues in order to end the conflict,” the statement read.