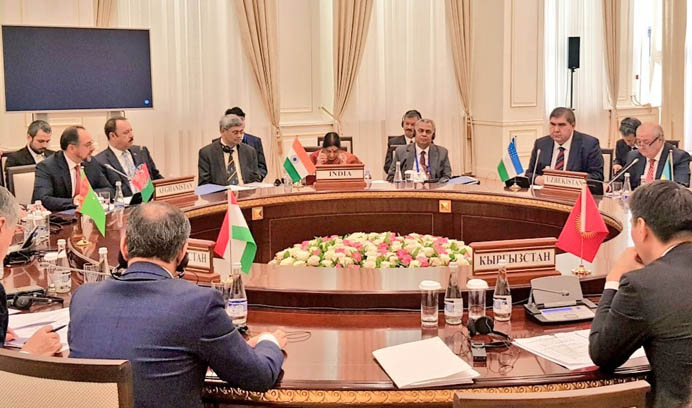 Foreign Ministers of India, Kazakhstan, Tajikistan, Turkmenistan and Uzbekistan, and the First Deputy Foreign Minister of the Kyrgyz Republic will participate in the 2nd meeting of the India-Central Asia Dialogue on Wednesday.

The Acting Foreign Minister of the Islamic Republic of Afghanistan will also attend the meeting, to be held in the digital video-conference format, as a special invitee, the Ministry of External Affairs said.

The Ministers will exchange views on a wide gamut of areas including political, security, economic and commercial, humanitarian and cultural spheres as well as on regional and international issues of mutual interest, the ministry said in an official statement. The Ministers will specifically deliberate on promoting connectivity and development partnerships in the region.

The inaugural meeting of the India-Central Asia Dialogue was jointly organized by India and Uzbekistan on January 13, 2019 in Samarkand (Uzbekistan). This was conceived as a platform for further strengthening cooperation between India and the Central Asian countries.

During the 2019 meet, India and the five Central Asian nations had backed an inclusive peace process in Afghanistan. Representing India, then External Affairs Minister late Sushma Swaraj had reaffirmed New Delhi's commitment to economic reconstruction of the war-torn country.

"A peaceful and stable Afghanistan, which lies at the Heart of Asia, can be a bridge to connect Central Asia with South Asia," she had said, adding that there were several ways in which India, Afghanistan and the Central Asian countries could join hands to work on promoting connectivity in the region and ensure proper flow of trade and commerce.