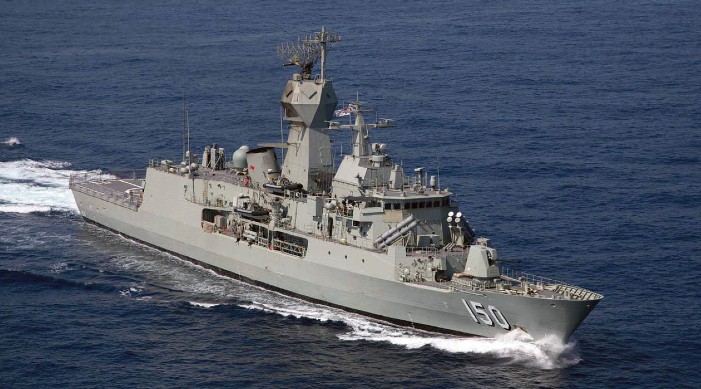 Decision comes amid growing Chinese aggression in the Asia-Pacific region

Australia has decided to shift its focus towards the Indo-Pacific region with its latest announcement of shifting its naval presence from the Middle East to Asia-Pacific and China. The country has also announced to withdraw from the US-led naval coalition patrolling of the Strait of Hormuz.

As per an agency report carried by Malaysian news portal, Malaysia Sun, the decision comes amid the growing aggression of China in the Asia-Pacific region. The decision includes not sending the Royal Australian Navy ships to the Middle East which are sent every year.

Australian Defence Minister Linda Reynolds said that the decision has been taken to divert more resources to the immediate regions to Australia.

“This year alone has seen [the] Navy respond to the bushfire and COVID-19 crises, a five-ship deployment throughout South-East Asia and the Pacific, a continued commitment to initiatives under the Pacific Step Up, and several highly successful activities with our regional partners,” Reynolds said.

The report also quoted the minister saying that the Australian Defence will reduce its naval presence in the Middle East to enable more resources to be deployed in the region. The navy will also withdraw from the US-led naval coalition patrolling of the Strait of Hormuz by the end of this year, it said.

Quoting a report by the Australian news portal, ABC News, it said that the move would allow the Australian government to focus on the Indo-Pacific region amid deteriorating strategic circumstances.

The decision has come after India’s announcement for the participation of Australia in the Malabar exercise along with the US and Japan.

Releasing a statement about the same on October 19, India’s Ministry of Defence said, “As India Seeks to increase cooperation with other countries in the maritime security domain and in the light of increased defence cooperation with Australia, Malabar 2020 will see the participation of the Australian Navy.”

It further said, “The participants of Exercise Malabar 2020 are engaging to enhance safety and security in the maritime domain. They collectively support free, open and inclusive Indo-Pacific and remain committed to a rule based international order.”

Welcoming India’s decision, a group of the US Senators in a letter to Indian Ambassador to the US, Taranjit Singh Sandhu, said, “In the face of China's rising military and economic assertiveness, strengthening of the Quad has become increasingly important. As the world addresses the fallout caused by the COVID-19 pandemic, China has opportunistically looked to expand its military footprint across the Indo- Pacific.”

In response to these malign actions, the US has signalled its increased commitment to the region with the newly proposed Pacific Deterrence Initiative, which will complement the Asia Reassurance Initiative Act (ARIA) to provide a more robust military presence.