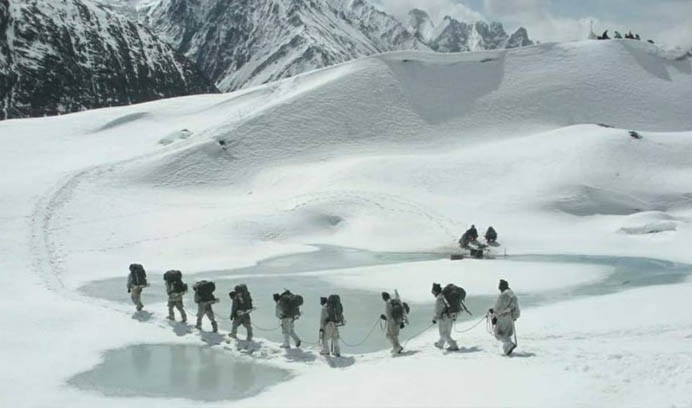 File photo of an Indian Army patrol for representational purposes.

The four-day Indian Army Commanders’ Conference began on Monday amid the tense situation on the borders with China and Pakistan. Operational preparedness along the Line of Actual Control (LAC) with China and infrastructural development in the border areas are likely to figure prominently during the discussions.

The meeting of top Indian Army officers began on a day that US Secretary of State Mike Pompeo and US Secretary of Defence Mark Esper arrived in New Delhi for the third edition of the India-US 2+2 Ministerial Consultations.

While the focus over the past few months has remained on the tense standoff with China along the LAC in Eastern Ladakh, the increase in ceasefire violations by Pakistan along the Line of Control (LoC) in Jammu and Kashmir is also a matter of concern and is likely to be discussed at the Army Commanders' conference.

The strategic Andaman and Nicobar Command (ANC), the country’s only tri-services command, is also expected to be discussed during the conference. The ANC is India's only "theatre command" and has officers and personnel from the Indian Army, Indian Navy, and the Indian Air Force.

Defence Minister Rajnath Singh is scheduled to address the conference, which is an apex bi-annual meet which formulates important policy decisions, on Tuesday.

According to the Indian Army, the conference which is held twice a year, is “an important event” in the “planning & execution process”. To ensure due diligence, decisions are taken through a collegiate system comprising Army Commanders & senior officers, it said in a brief statement before the beginning of the conference.