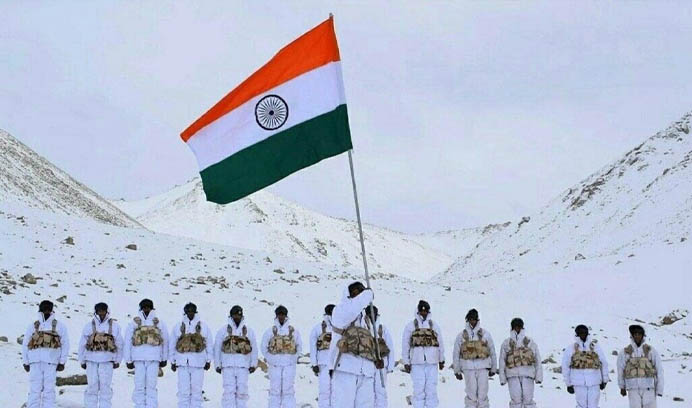 ITBP guards India’s 3,488 kilometre long borders in the Himalayas through a network of Border Out Posts (BOPs)

The government has approved 47 new border outposts for the Indo-Tibetan Border Police (ITBP) which is deployed along the Line of Actual Control (LAC) with China along with the Indian Army.

A budget of Rs 7,223 crore has been allocated for force which has also been provided with 28 types of new vehicles this year, Union Minister of State for Home Affairs G Kishan Reddy said at the 59th Raising Day function of the ITBP on Saturday.

This is in addition to modern equipment to improve communications in remote areas, bullet-resistant jackets and helmets.

Prime Minister Narendra Modi saluted the "indomitable spirit" of the ITBP personnel. In a post on Twitter, he said,"Such is their valour & determination that they can successfully overcome the most daunting of challenges. We are equally proud of the humanitarian efforts of ITBP during times of disasters".

India salutes the indomitable spirit of the @ITBP_official Himveers on their Raising Day. Such is their valour & determination that they can successfully overcome the most daunting of challenges. We are equally proud of the humanitarian efforts of ITBP during times of disasters.

Raised on October 24, 1962 during India-China War, the ITBP guards India’s 3,488 kilometre long borders in the Himalayas from Border Out Posts (BOPs) located at altitudes ranging from 3,000 to 18,800 feet. The force is also deployed for anti-Naxal operations and other internal security duties.

"Since its inception in 1962, the ITBP has been protecting our borders. No matter whatever the difficulties, ITBP Jawans perform their duties with high morale and patriotism in the service of Mother India," Reddy said.

The minister also lauded ITBP's role in the fight against the COVID-19 pandemic. The force, which provided essential items to people in the remote areas during the lockdown, also set up the world's largest COVID-19 hospital in Delhi's Chattarpur area. ITBP personnel also saved many lives by transporting patients to hospitals on foot for several kilometres, Reddy pointed out.

ITBP Director General Surjit SIngh Deswal earlier briefed the Union Minister of State for Home about the efforts being made to modernize the force.