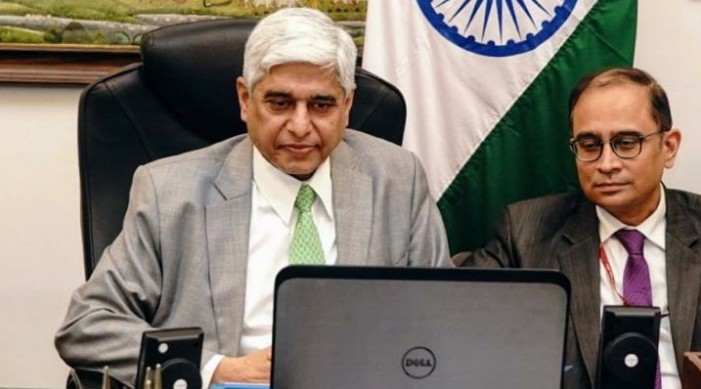 India and the European Union (EU) held the 7th India-EU Foreign Policy and Security Consultations in a virtual format on Thursday and discussed the strengthening of cooperation in the areas of trade, connectivity, and cybersecurity.

During the consultations, both sides noted with satisfaction the renewed political momentum in the India-EU relationship provided by the 15th India-EU Summit held in July 2020. Taking stock of the decisions taken during the summit, they reaffirmed their commitment to implement the "India-EU Strategic Partnership: A Roadmap to 2025”, said a statement issued by the Ministry of External Affairs after the meeting.

Both sides also discussed the opportunities for strengthening the India-EU Strategic partnership in a post-Covid world including healthcare, global supply, chain resilience, reformed multilateralism, and green transition, the ministry said.

Understanding the importance of India-EU cooperation for global economic recovery, they agreed to hold the High Level Dialogue on Trade and Investments at an early date.

According to the statement, the two sides also agreed to expedite the discussions on the India-EU Connectivity Partnership and strengthen bilateral cooperation in the digital domain, including in cybersecurity and artificial intelligence.

India and the EU exchanged views on the regional and global issues of mutual interest and agreed to maintain close cooperation for the next India–EU27 leaders meeting to be held in Portugal in 2021.

The 6th India-EU Foreign Policy and Security Consultations were held in Brussels on 18 September 2018. During the consultations, India's multifaceted and multi-sectoral cooperation with the European Union was reviewed and ways and means of strengthening the India-EU Strategic Partnership were discussed.