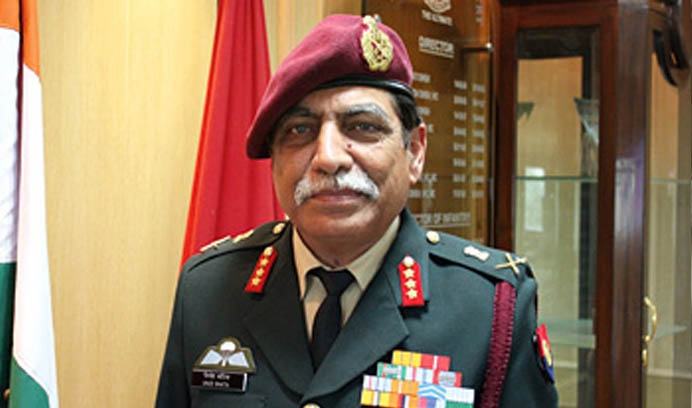 It was on October 22, 1947, when the history of Kashmir was changed forever. Tribal militia backed by Pakistan launched ‘Operation Gulmarg’ to capture the then Princely State of Jammu & Kashmir which had chosen to be a separate state at the time of Partition.

On this day, known as the ‘Black Day,’ Pakistani invaders raided Kashmir, looted men and women, killed people, raped women and unleashed some of the most dreadful crimes against humanity. While thousands were killed, the lives of many others were disrupted.

As India observes the ‘Black Day,’ India News Network had a conversation with the Director of Centre for Joint Warfare Studies and the former Director General Military Operations (DGMO), Lt General Vinod Bhatia (Retd) who says that the people of Kashmir have always been pro-India.

Here are excerpts from the conversation.

Pakistan’s role in ‘Operation Gulmarg’ in 1947

“That is how Pakistan started ‘Operation Gulmarg’ and they selected 20 Lashkars with a thousand men each. They armed them and their brigade,” the Director of Centre for Joint Warfare Studies said.

Lt General Vinod Bhatia (Retd) said, “They were trained and armed from August onwards.” “First infiltration happened on October 3-4 in the area of Poonch and the next one and the major one happened on October 22. It was not only Kashmir, it was Poonch, Rawalakot sector, it was on Nowshera sector. It was towards Jammu. So, it was a very well planned and orchestrated operation led by Pakistani Army officers who were purposely on leave,” he said.

“Pakistan’s aim was to integrate complete Jammu and Kashmir and that is why they launched ‘Operation Gulmarg’ not only in regions of north or east Punjab but also in regions of Mirpur, Rawalakot, Jammu and Nowshera,” he said.

Pakistan had always wanted to expand out to Kashmir and it was not to reunite Muslims of Kashmir to their brethren in Pakistan because the operation was also launched in the non-Muslim majority areas too, he said.

On 25th October, the Instrument of Accession was signed by Maharaja Hari Singh making Kashmir, a dominion of India. Hence, on October 27 in the morning, the Indian troops landed in Srinagar.

“Brigadier Mohammed Usman was offered to move from Indian Army to the Pakistani Army as the first chief but he refused to move. He was the one who recaptured Nowshera and he martyred there,” he said.

“We had our military leaders and our soldiers out there and it took nearly a year and two months to push back the Pakistani raiders and Pakistani army who had joined battle thereafter to the line now known as the ceasefire line,” he said.

“After 5th August 2019, we have changed the narrative in Kashmir. There is a silent majority in Kashmir which is absolutely pro-India but because of the fear of terrorism and terrorists, they cannot really come out in the open,” he said.

The situation is relatively peaceful in Kashmir since August 2019 with violence levels coming down, he said.

In fact, the people of Kashmir are ready and coming out to join the Indian armed forces and Jammu & Kashmir Police Force.

“For Army right now, there were 50,000 volunteers last month who applied to join the Army for 2,000 vacancies. So that is the actual youth of Kashmir who are wanting to (join) the Army,” he said.

Speaking on the recruitment of Kashmiris in terrorist organisations, Lt General Bhatia (Retd) said, “There has been recruitment of local youth out there but that is very little compared to what is happening out there. People are coming to the armed and security forces and giving information about the terrorism and the terrorist activities. That is how security forces achieve success out there with a very little collateral damage.”

Pakistan is known for instigating proxy wars and for being an epicentre of terrorism as pointed out by Indian diplomats at various global platforms.

“Pakistan has failed and its internal fault lines are now manifesting in many ways whether it is in the state of Sindh or Punjab for that matter or Balochistan. There are number of fault lines within Pakistan and its army is actually the binding factor out there,” Lt General Bhatia (Retd) said.

Even in Pakistan Occupied Kashmir (POK), there are hardly 20 to 22 per cent Kashmiris left, he said. “There is no Kashmiriyat out there. The food is Punjabi, the pehnawa (clothing) is Punjabi. The lingua franca is Punjabi,” he said.

People of POK are kept badly without any amenities or administration. The health and education facilities are also negligible.

Nevertheless, there is an ‘unfinished agenda’ for India to get back the POK which is an undisputed territory of India, he said.