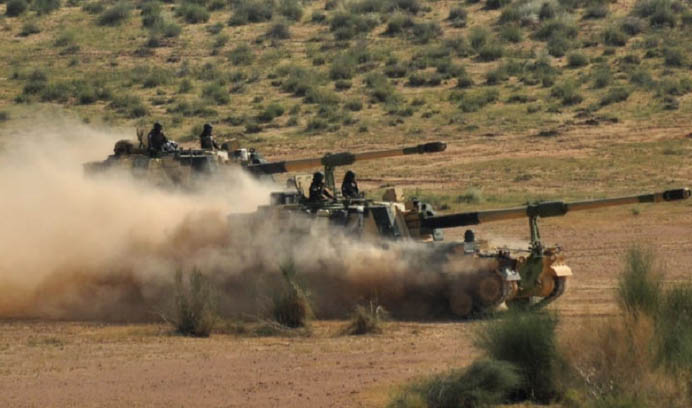 As part of efforts to make India self-reliant in the defence sector, Defence Minister Rajnath Singh today approved a new Procurement Manual (PM) 2020 for the Defence Research and Development Organisation (DRDO). The manual will make it easier for the Indian industries to participate in defence research.

In a tweet, the Defence Minister said that the step will further Prime Minister Narendra Modi’s mission of ‘Atmanirbhar Bharat (Self-Reliant India).’

He wrote, “The new DRDO Procurement Manual will facilitate the indigenous Defence Industry by simplifying the processes and ensuring their participation in design and development activities. PM-2020 will help towards realising Prime Minister Sh @narendramodi’s dream of #AtmaNirbharBharat.”

The new DRDO Procurement Manual will facilitate the indigenous Defence Industry by simplifying the processes and ensuring their participation in design and development activities.

Informing about the same, the Raksha Mantri’s Office (RMO) in a tweet said, “Raksha Mantri Shri @rajnathsingh has approved a new @DRDO_India procurement Manual (PM-2020) to encourage more participation of the Indian Industry including startups and MSMEs in Research & Development activity and also to achieve the goal of self reliance in Defence.”

Raksha Mantri Shri @rajnathsingh has approved a new @DRDO_India Procurement Manual (PM-2020) to encourage more participation of the Indian Industry including startups and MSMEs in Research & Development activity and also to achieve the goal of self reliance in Defence.

The Ministry of Defence later released a statement saying that the modified features of PM-2020 will facilitate faster execution of R&D projects and will facilitate participation of industry in various R&D projects. The previous procurement manual was released in 2016.

According to the ministry, the modifications include bid security declaration option for earnest money deposit, increase of threshold limit for advance payment and placement of order on lowest bidder 2 (L2) in case L1 backs out.

Other measures include exemption of bid security and performance security up to Rs 10 lakh and no negotiations for commercial off-the-shelf (COTS) items/services wherever price discovery is happening through market forces.

Apart from that, the government has reduced the liquidated damage (LD) rate for development contracts. The government has also adopted measures like procurement of stores from development partners and safeguarding of free issue material through insurance cover instead of bank guarantee (BG).

The government has also simplified the internal procedures for easier engagement of the government defence sector with the industry. The ministry said that such measures will assist the industry for the speedy execution of projects.

PM Modi and Defence Minister Rajnath Singh, on many occasions, have reiterated the importance of self-reliance in the Defence sector, especially when India is surrounded by China and Pakistan.

PM Modi, on August 27, addressed Atmanirbhar Bharat – Defence Industry Outreach Webinar in which he said that the government aims to enhance defence manufacturing in India to make the defence sector self-reliant.

He had said that a sense of confidence in the defence sector is essential for building a modern and self-reliant India. He said that decisions such as appointment of CDS, which were pending for decades have been taken now, which reflects confidence of New India.

India has also opened defence sector by permitting 74% FDI via automatic route reflects the confidence of new India, he said.

In recent years, India has laid great emphasis on the domestic production of defence equipment. The recent missile tests are examples of the same. India since September 7 has tested an array of indigenously made missiles and other defence equipment.

India has held several joint naval and military exercises with Japan, Russia, Bangladesh, Sri Lanka, the US and Australia showing capabilities of indigenously built ships and aircrafts and encouraging nations to invest in the defence sector of India.