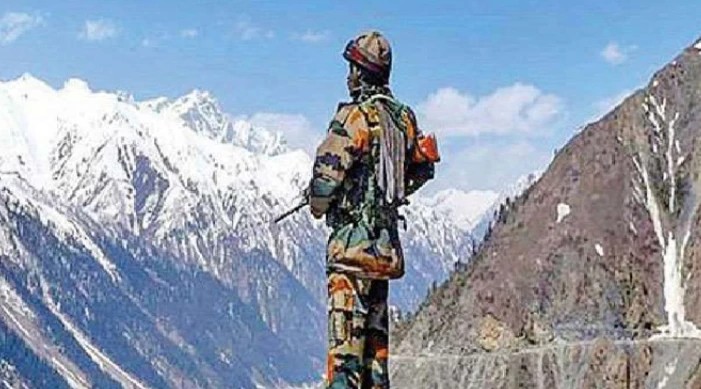 A soldier of the Chinese People's Liberation Army (PLA) has been apprehended by the Indian Army after straying across the Line of Actual Control (LAC) in Eastern Ladakh on Monday. The soldier, identified as Corporal Wang Ya Long, was apprehended in the Demchok sector, the Ministry of Defence said in an official statement.

The PLA soldier has been provided medical assistance including oxygen, food and warm clothes to protect him from the vagaries of extreme altitude and harsh climatic conditions.

According to the statement, the soldier will be returned to the Chinese side at the Chushul-Moldo meeting point along the LAC. The Indian Army authorities will complete all the required formalities before handing him back.

"As per established protocols, he will be returned back to Chinese officials at the Chushul – Moldo meeting point after completion of formalities, the statement said.

The Ministry of Defence added that the PLA had also enquired about the soldier. "A request has also been received from the PLA about the whereabouts of the missing soldier," it said.

Several points along the LAC in Eastern Ladakh have witnessed a tense standoff between India and China since May.

A violent faceoff in Eastern Ladakh's Galwan Valley on the night of June 15 had led to 20 Indian soldiers being killed in action. There were casualties on the Chinese side too, though the country is yet to officially reveal a number.

Several rounds of talks have been held at the diplomatic and military levels to de-escalate the situation in the region. The eighth round of talks to discuss disengagement and de-escalation along the friction points in Eastern Ladakh is expected to be held soon.

An official statement issued after the seventh round of Senior Commanders' meeting of India and China at Chushul on October 12 had said both sides had agreed "not to turn differences into disputes" and jointly safeguard peace and tranquility in the border areas by implementing the important understandings reached by the leaders of the two countries.

"Both sides agreed to maintain dialogue and communication through military and diplomatic channels, and arrive at a mutually acceptable solution for disengagement as early as possible," the statement had said.