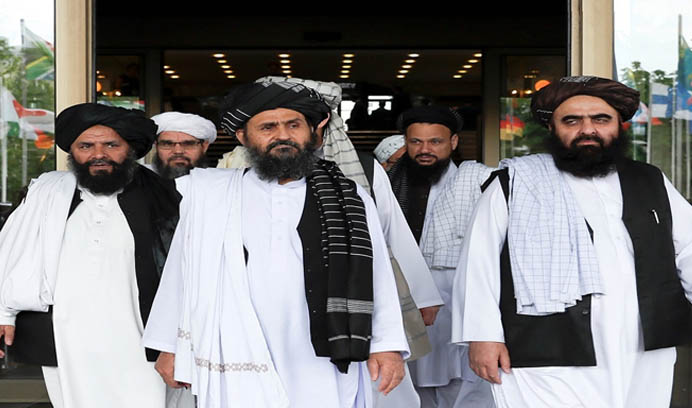 Despite the Taliban's promise to the United States to cut ties with the terrorist organisation Al-Qaeda, its leader Ayman al-Zawahiri has maintained relations with the Taliban, Afghani news portal Tolo News claimed quoting a senior official of the United Nations.

Quoting the coordinator of the UN monitoring team for Daesh, Al-Qaeda and the Taliban Edmund Fitton-Brown, the news portal said that the Taliban consulted Al-Qaeda on a regular basis even during the peace negotiations with the US.

The senior UN official during a webinar on the future of Afghanistan said Ayman al-Zawahiri remains close to the Taliban. “Senior figures remain in Afghanistan, as well as hundreds of armed operatives,” he said further.

According to the Tolo News, at the webinar, Edmund Fitton-Brown said, “The Taliban regularly consulted with al-Qaeda during the negotiations with the United States and they offered informal guarantees that would honour their historic ties with al-Qaeda.”

Meanwhile, the Taliban rejected the claim calling it an effort by certain intelligence groups to disrupt the peace process in Afghanistan, the Afghani news portal claimed.

Earlier, the US Special Representative for Afghanistan Reconciliation Zalmay Khalilzad had accused Iran of not wanting peace to sustain in the region saying that Iran wants the US to remain engaged in Afghan war. Talking to the US Institute of Peace, Khalilzad said that Iran is not supporting the peace process in Afghanistan.

“I think it’s difficult to speak about Iran because there isn’t one Iran, there are two Irans. There is foreign ministry Iran which says positive things and expresses ideas or makes statements that could be construed as supportive of a peace process, but there is another Iran that would like to keep the US entangled in a war that they would like to be unwinnable,” Khalilzad said.

However, Khalilzad defined Pakistan’s role to be a positive, Tolo News claimed. These claims were again rejected by Pakistani and Iranian embassies.

The US and theTaliban signed a peace agreement on February 29, 2020 in Doha, putting an end to almost two-decade long conflict. While the US agreed to withdraw troops from Afghanistan, the Taliban agreed to cut all ties with the terrorist outfits including Al-Qaeda.