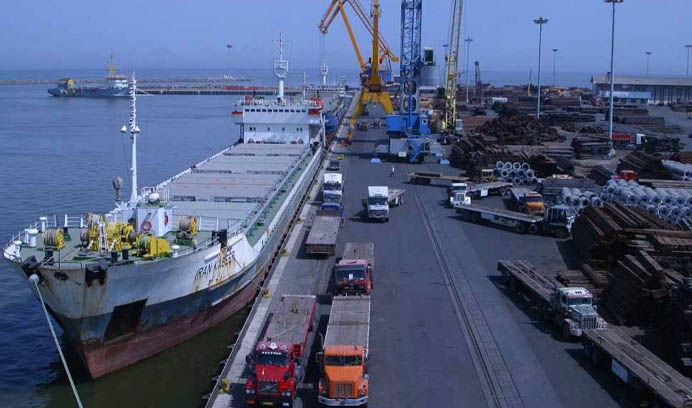 File photo of the Chabahar port in Iran.

In order to promote trade through the strategic Shahid Beheshti Port of Chabahar, Iran, the Indian Ministry of Shipping has extended the current concessional rate of 40 percent discount for coastal movement of cargo and vessel-related charges for a period of further one year.

The extension would give a boost to the coastal movement of cargo being handled at Jawaharlal Nehru Port and Deendayal Port from/to Shahid Beheshti Port.

The Chabahar port is vital for India’s bilateral trade with landlocked Afghanistan. Apart from linking India to Afghanistan, Chabahar is also part of the International North-South Transport Corridor (INSTC) that Iinks India to Eurasia.

“The extension of current concessional rate of 40% discount for coastal movement of CRC & VRC, by further one year, would give a boost to coastal movement of cargo handled @JNPort & @KandlaPort from/to Chabahar Port, #Iran,” the official handle of the Ministry of Shipping tweeted.

The levy of concessional Vessel Related Charges (VRC) is to be applied proportionately, subject to vessel loading at least 50 TEUs or 5000 MT cargo to Shahid Beheshti Port.

“The ports in coordination with Indian Ports Global Limited will jointly evolve a Standard Operating Procedure (SOP) to ensure that discounts are given to cargo actually discharged or loaded at Shahid Beheshti Terminal of Chabahar Port,” the Ministry of Shipping said in a statement.

Earlier in July, Shipping Minister Mansukh Mandaviya had said that Chabahar Port is scaling up its operations drastically.

"Chabahar Port is scaling up its operations drastically. India Ports Global Ltd terminal loaded 76 TEUs (twenty foot equivalent unit) all refrigerated for India. This is record single loading and is a milestone in the growth path of Chabahar Port," he had said.

India and Iran signed a Memorandum of Understanding for the development of Chabahar port in May 2015 translating into a formal 10-year Contract for Equipping and Operating the Chabahar Port. However, later in 2018, seeing the challenges in the activation of the contract, an interim period contract was laid.

In 2018, the government of India took over the operations of a part of Shahid Beheshti Port, Chabahar in Iran during the Chabahar Trilateral Agreement meeting held there. A week later, commercial operation began at the port and the first cargo operation was carried out marking the beginning of a long journey.