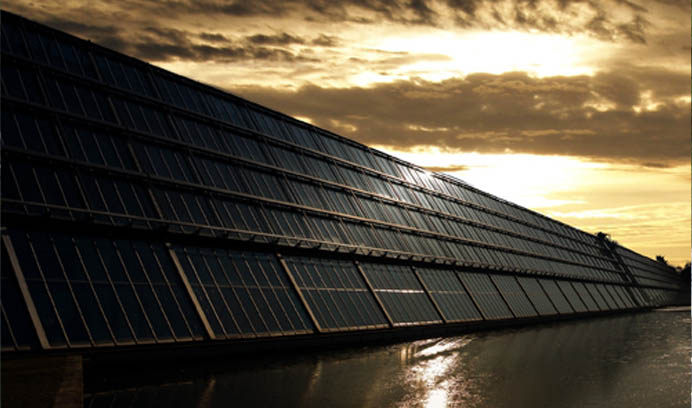 In what is an acknowledgement of the country’s leadership of the global movement, India has been re-elected as president of the International Solar Alliance (ISA) for two more years.

France was re-elected as Co-President at the virtual meeting of the third assembly of the ISA held on Wednesday. Fifty-three member countries and five signatory and prospective member countries participated in the meeting, said an official statement issued by the Ministry of New and Renewable Energy.

Summarizing the work done by the alliance while speaking in the plenary session, ISA president and India’s Power and New and Renewable Energy Minister R.K. Singh said six programmes and two projects were underway covering various aspects of solar energy. A pipeline of over US$ 5 billion has been developed for solar energy applications to meet lighting, irrigation, drinking water and productive energy requirements of the member countries.

ISA has aggregated a demand for more than 270,000 solar pumps across 22 countries, more than 1 GW of solar rooftop across 11 countries, and more than 10GW of solar mini-grids across 9 countries under its respective programmes, Singh said.

The meeting approved the initiatives to institutionalize ISA’s engagement with the private and public corporate sector through the Coalition for Sustainable Climate Action (CSCA). Ten public sector organisations in India presented a cheque for 1 million USD each at the assembly.

Other initiatives presented to the Assembly were the demand aggregation initiative for 47 million Solar Home Systems and 250 million LED Lamps in ISA member countries launched in August 2020.

Solar awards were conferred on countries as well as institutions working for solar power, the first such instance since the inception of the framework agreement of ISA. The Visvesvaraya award which recognizes the countries with maximum floating solar capacity went to Japan for the Asia Pacific region and the Netherlands for Europe and Others region.

The International Solar Alliance is an initiative that was launched by Prime Minister Narendra Modi and then French President Francois Hollande on November 30, 2015 on the side-lines of the COP-21 summit in Paris, France.

Its objective is to collectively address key challenges to the scaling up of solar energy in ISA member countries. It also aims to undertake joint efforts required to reduce the cost of finance and the cost of technology, mobilize investments needed for massive deployment of solar energy, and pave the way for future technologies adapted to the needs.