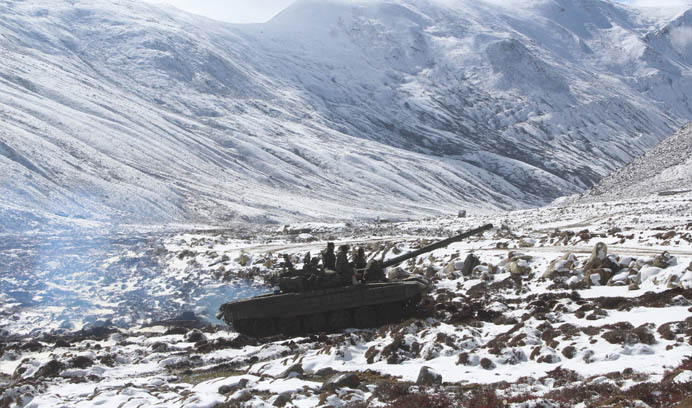 India may soon acquire the newly developed advanced Sprut Light Tanks from Russia besides testing new equipment amid flaring tensions at the Line of Actual Control. Russian news agency Sputnik has reported that Defence Minister Rajnath Singh has urged Russia to speed up the delivery of weapons systems including S-400 missile system and Sprut Light Tanks.

According to the Sputnik report, India will acquire a total of two dozen Sprut Light Tanks in the first phase as a part of the $68 million deal by the end of this year.

Sprut Tanks are 18 tonnes lightweight tanks which can easily be air lifted by helicopters from one place to another. The report said that the tanks will serve as an addition to the T-90 Tanks deployed by India at the LAC.

In fact, the talks to acquire these tanks began in July this year after India faced the hostility of China at the LAC. The Sprut Light tanks will serve as an answer to China’s Type 15 Tanks which it deployed to escalate the tensions.

India is also acquiring several equipment to give more power to the Indian Navy. According to Sputnik, the Defence Research and Development Organisation (DRDO) has successfully test fired the Supersonic Missile Assisted Release of Torpedo (SMART) from Wheeler Island near Odisha.

After the test, Defence Minister Rajnath Singh said, “This will be a major technology breakthrough for standoff capability in anti-submarine warfare. I congratulate the DRDO and other stakeholders for this significant achievement.”

The SMART system, a hybrid system, showcases characteristics of two weapons systems to increase the range and speed of the weapon system. The missile system enables missile flight up to the range and altitude, separation of the nose cone and release of the torpedo. It also comes with a distinct feature which automatically reduces velocity.

The step has been taken amid tensions reports of China dumping submarines in waters surrounding India, the report said.

Read the full report in Sputnik