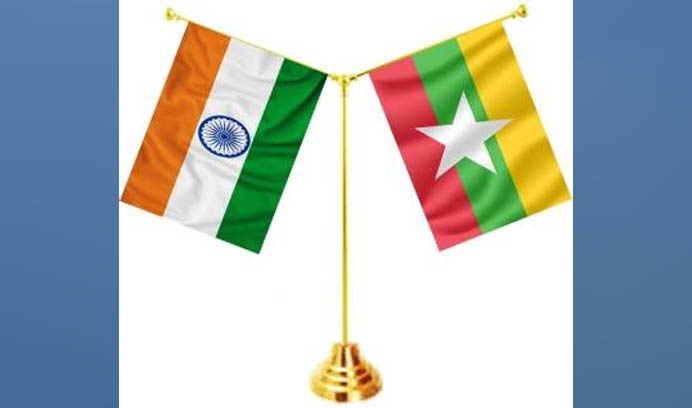 Such visits are taking place for the first time in Myanmar, indicating India's keenness to comprehensively review bilateral ties

During their visit, the delegation will call on the State Counsellor, Daw Aung San Suu Kyi and Commander-in-Chief of the Myanmar Armed Forces, Senior General Min Aung Hlaing.

In recent times, both India and Myanmar have strengthened their cooperation in several areas, including connectivity and trade, development projects, energy, capacity building, defence and security and culture and people to people links.

Due to the ongoing COVID-19 situation, few direct exchanges have taken place between the two sides.

As per the Ministry of External Affairs, this visit will provide an opportunity to take stock of the existing bilateral ties and strengthen cooperation in areas of mutual interest.

India-Myanmar relations are historic, multifaceted and marked by mutual trust and respect.

India attaches high priority to its relationship with Myanmar in accordance with its ‘Neighborhood First’ and ‘Act East’ policies.

India and Myanmar have been cooperating in a number of developmental projects. India’s development cooperation in Myanmar is close to US $ 1.4 billion.

India has invested in a host of connectivity projects in Myanmar, such as the Kaladan Multi-Modal Transit Transport Project and Trilateral Highway connecting India, Myanmar and Thailand.

These projects once operationalized are expected to enhance bilateral trade and contribute to the development and prosperity of the people living in the land-locked northeastern region of India.

Currently, commercial bilateral trade stands at US $1.5 billion. As a close neighbor of Myanmar, India supports the initiatives promoting peace, prosperity, and stability in Myanmar.

Till date, India has established capacity building initiatives in the fields of agricultural research, industrial training, e-learning technology, entrepreneurship development, English language training, and IT skill training and others and is cooperating in many more avenues.

Both countries are also actively engaged in enhancing cooperation in the fields of energy and power sectors.

India and Myanmar enjoy a robust and expanding partnership in the area of energy cooperation and both sides recognize the mutual benefit of greater integration in the energy sector between the two countries.

With investments of over US$1.2 billion, Myanmar has the highest Indian investment in any country in South Asia. Recently India approved an investment of over US $ 120 million in the Shwe Oil and Gas project.

The bilateral cooperation received further boost during the visit of the President of Myanmar to India in February 2020 when both sides signed an MoU for cooperation in the field of petroleum products which inter alia, underlines that both sides will cooperate in refining, stockpiling, blending, and retail, among other areas.

The institutional mechanism to guide bilateral cooperation in the energy sector is the Joint Working Group on oil and gas headed at the secretary level on both sides. The last meeting (second) of the JWG took place in June 2020.

Indian PSUs are active in the upstream and midstream sector in the oil and gas sphere in Myanmar. PSUs in the energy sector including ONGC Videsh Limited (OVL), Indian Oil Corporation Limited (IOCL), and GAIL have opened their offices in Yangon.

OVL and GAIL have stakes in the Shwe gas field. GAIL is exporting petrochemical products to Myanmar. Indian private sector players are also active in Myanmar. India and Myanmar are also looking to cooperate in the area of energy efficiency.

Myanmar has recently ratified the amendment to the Framework Agreement of the International Solar Alliance (ISA) which would enable the expansion of the scope of ISA membership to all Member States of the United Nations.

India is assisting Myanmar in the development of infrastructure in the country’s border areas.

During the visit of Prime Minister Manmohan Singh in May 2012, an MoU was signed on India-Myanmar Border Area Development.

The MoU provides for US $ 5 million each year over a period of 5 years and this has been further extended till 2022.

The program, which is in an advanced stage, has seen the successful implementation of around 140 projects such as roads and bridges, health care centres, schools, and other such infrastructure projects.

These projects, undertaken in the Chin State and Naga Self-Administered Zone, have been known to deliver enormous benefits to the people and have been empowering the local communities.

In August 2020, the Ambassador of India to Myanmar handed over a cheque of US $ 5 million to Lt-Gen Ye Aung, Minister for Border Affairs of the Myanmar government for the 3rd year projects.

Both sides will soon commence work on identifying projects to be undertaken in the fifth cycle.

Then as a close friend, partner, and neighbor of both Bangladesh and Myanmar, India has a deep and abiding interest to see an early stabilization of the situation in the Rakhine State

India supports safe, sustainable, and speedy repatriation of displaced persons from Bangladesh to Rakhine State based on the understanding between Bangladesh and Myanmar.

India fully understands the urgency of this situation and has committed humanitarian efforts in both Myanmar and Bangladesh to facilitate an early return of the displaced persons. India has provided 5 tranches of relief supplies to Bangladesh and is willing to do more.

An MoU on Rakhine State Development Program was signed in December 2017. Through this program, the Indian government is extending socio-economic development assistance for projects pertaining to health, education, agriculture, and allied activities to Rakhine State through a grant-in-aid of US $ 5 million per annum.

The first phase of the program involved the construction of 250 modern prefabricated houses. India also supplied 20,000 humanitarian kits of rice, noodles, etc to Internally Displaced People in the Rakhine State.

For the second phase, 12 projects including building an incinerator, solar projects, agricultural mechanization, and road construction in Rakhine State are currently being implemented.

India is also providing library material to schools in Rakhine state under trilateral cooperation with Japan. For the third phase, India has suggested the establishment of a skills training centre in Rakhine. All these efforts are aimed at ensuring an early return of displaced persons to Rakhine State in Myanmar.

In August 2016, in a severe earthquake many of the pagodas and stupas sustained damages. Subsequently during the visit of the President of Myanmar in August 2016, India had agreed to offer technical and financial help to Myanmar for the conservation and restoration of the damages structures and paintings.

The MoU between India and Myanmar for the conservation of earthquake damaged pagodas in Bagan was signed on May 11, 2018. The Archaeological Survey of India had identified 12 pagodas for renovation under the first phase.

The restoration work for pagodas commenced by a team from the ASI in January 2020.

The conservation work of Ananda temple was started by the ASI in the month of May 2012 before the visit of Prime Minister Manmohan Singh to Myanmar.

The effective working season at Bagan is from around October to May every year as for the rest of months the weather is very extreme due to which it is difficult to carry on with the conservation operations.

The conservation and restoration of the Ananda temple in Bagan was completed in 2018. The project cost was Rs 11.54 cr.