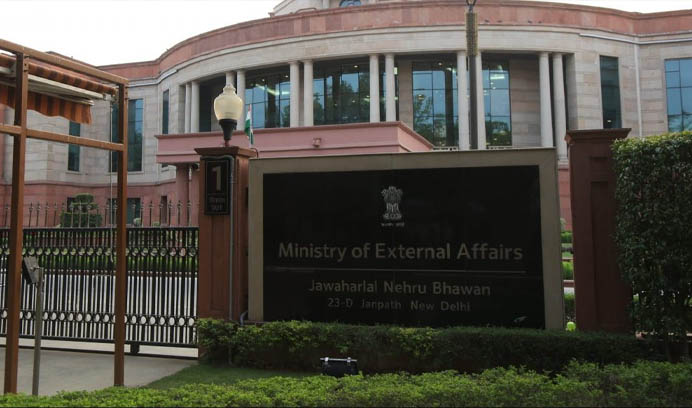 11 members of Pakistan’s minority Hindu community in Rajasthan were found dead at a farm in Rajasthan’s Jodhpur district in August.

Pakistan has expressed its anguish over Pakistan’s attempt to malign India by manipulating the case of Pakistani Hindus who were found dead in Jodhpur in August.

11 members of Pakistan’s minority Hindu community in Rajasthan were found dead at a farm in Rajasthan’s Jodhpur district in August. Belonging to the Bhil community, these people had come to India from Pakistan’s Sindh province in 2015 on a long-term visa.

“There was this incident of the death of 11 migrant Pakistani Hindus which was reported to us on August 8. We also received a communication from the Pakistan High Commission requesting confirmation of media reports and other details,” Ministry of External Affairs spokesperson Anurag Srivastava said during a weekly media briefing.

“What we did was we sought facts from concerned authorities and an interim response was shared with the high commission on August 15 including names of 11 persons and other relevant details,” the MEA spokesperson added.

He further said that the MEA had informed that these people were in India since September 2015 as per records and the cause of death was due to consumption of a toxic substance and that detailed investigations were being carried out.

Despite providing all relevant information, some Pakistani people claiming to be Hindus, on being provoked by that country’s political and security establishment took out a rally against India on September 24 and also held a sit-in protest near the Indian High Commission in Islamabad. They also held small rallies in Pakistan’s Sindh province.

“Unfortunately, what has happened is that this incident has been exploited by the Pakistani establishment to further its own anti-India propaganda. A staged protest was held in Islamabad ostensibly by people who claimed to belong to the Hindu community,” the MEA spokesperson said.

He also made it clear that it is the responsibility of the Pakistani authorities to ensure the safety and security of the Indian High Commission and its personnel.