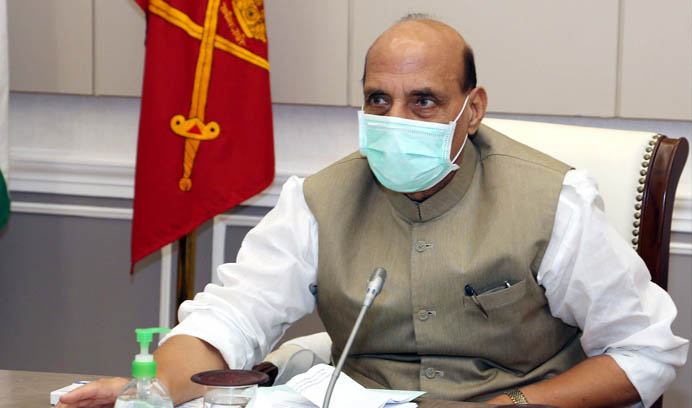 Launching the Defence India Startup Challenge (DISC 4), the central government on Tuesday released Product Management Approach (PMA) guidelines for Innovations for Defence Excellence (iDEX) to connect the forces on ground with the startups to facilitate idea-sharing and innovation.

iDEXFauji is the key initiative which has been implemented effectively in the country. Different stakeholders have come together for innovations in the sector during this watershed moment and it plays a significant role towards achieving self-reliance in the spirit of the Atma Nirbhar Bharat campaign, Defence Minister Rajnath Singh said.

It has been executed in a way which will consider various ideas and innovations from the members of Indian Armed Forces as well as soldiers to strengthen the sector effectively in terms of its development, according to an official statement by the ministry of defence.

It added that there are over 13 lakh service personnel deployed in the field and on borders managing intense situations and equipment. They would have numerous ideas and innovations to improve such equipment; In order to support practice, it will allow them to get recognised and rewarded. Moreover, Services Headquarters will also endorse the soldiers & field formations across the country to ensure maximum participation.

The Defence Minister stated, "In order to further strengthen our defence system and make it self- reliant the participation of the private sector is also crucial. For this we have taken certain steps like partnerships with private sector, technology transfer, 74 % FDI through automatic route and the recently released negative list of 101 items for import ban after a stipulated period."