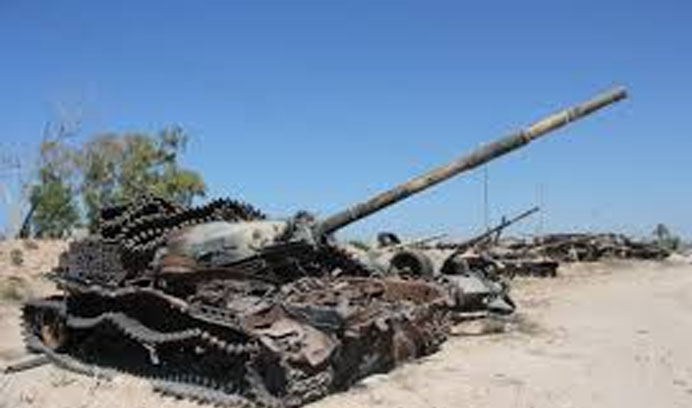 Oil-rich Libya has been bedeviled with chaos and uncertainty since the Arab Spring movement toppled the Muammar Gaddafi-led government in 2011.

India on Monday welcomed international efforts aimed at a peaceful settlement of conflict in Libya through an intra-Libyan dialogue, taking into account the legitimate aspirations of the Libyan people, while preserving the country’s sovereignty, unity and territorial integrity.

Ministry of External Affairs spokesperson Anurag Srivastava said, “We have been closely monitoring the developments in Libya and have noted the progress in intra-Libyan dialogue facilitated by the Kingdom of Morocco and the talks in Montreux, Switzerland under the auspices of the UN Support Mission in Libya (UNSMIL), following Berlin Conference and Cairo Declaration.

Oil-rich Libya has been bedevilled with chaos and uncertainty since the Arab Spring movement that toppled the Muammar Gaddafi government in 2011. Several attempts to turn Libya into a democratic country after Gaddafi fell disintegrated into a new civil war between rival centres of political power in East and West Libya.

According to the United Nations, more than 200,000 people have been displaced, while 1.3 million are in need of humanitarian assistance due to the ongoing situation in Libya.

In August, warring sides in Libyan conflict agreed to a ceasefire. At Montreux in Switzerland, talks under the UN auspices, brought an agreement on the creation of a unity government and subsequent an election, giving rise to hope for peace in the country beset with nearly decade old war.