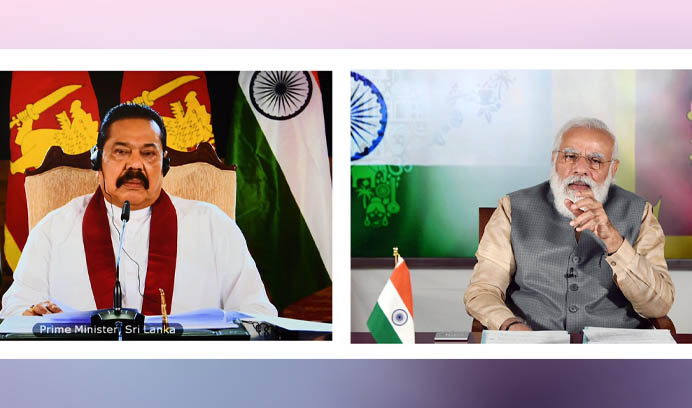 “The relations between India and Sri Lanka are thousands of years old. According to my government’s neighborhood first policy and SAGAR doctrine, we give special priority to relations between the two countries,” Prime Minister Modi said while holding talks with his Sri Lankan counterpart Mahinda Rajapaksa.

During the meeting that lasted for an hour, the two leaders reviewed the entire range of bilateral matters and exchanged views on regional and international issues of common concern, according to the Ministry of External Affairs. 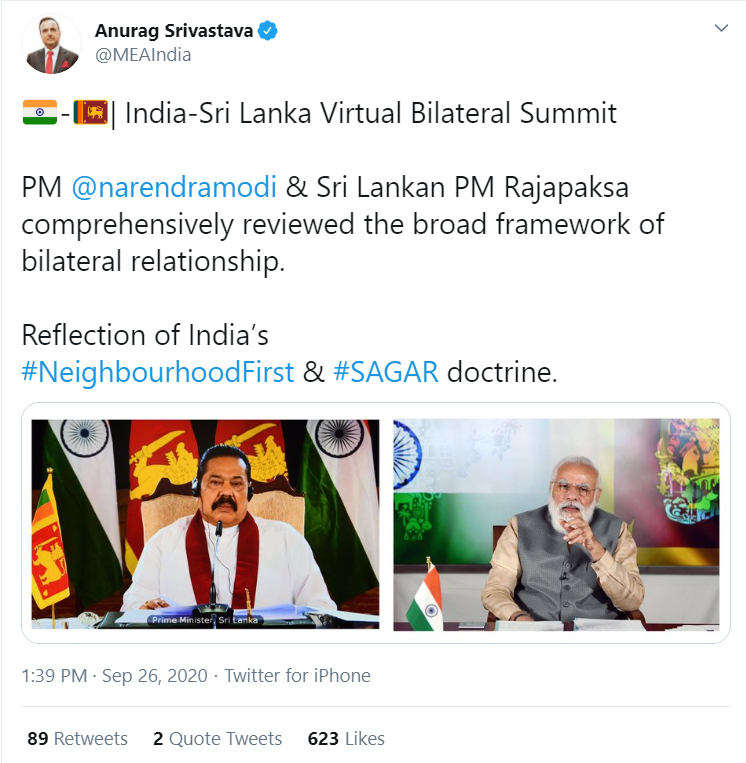 Sri Lankan PM Rajapaksa made a special mention of the Jaffna Cultural Centre, an iconic project built with Indian assistance. He extended an invitation to Prime Minister Modi to inaugurate the project.

“Prime Minister @narendramodi and I held a very successful Virtual Summit today to exchange views on the #SriLanka – #India bilateral cooperation. We both agreed to continue the two-way dialogue to further advance the centuries-old, robust relationship between our two countries,” Rajapaksa tweeted after the meeting.

Prime Minister @narendramodi and I held a very successful Virtual Summit today to exchange views on the #SriLanka – #India bilateral cooperation. We both agreed to continue the two-way dialogue to further advance the centuries-old, robust relationship between our two countries. pic.twitter.com/9FNV2IbIj7

Both leaders discussed the economic dimension of the challenges posed by Covid-19. They acknowledged the need for close coordination on issues such as trade and investment including the facilitation of an enabling environment for economic enterprises for both sides as well as deepening the integration of supply chains for mutual benefits.

It is known that both sides have been working to strengthen bilateral financial cooperation. India has already provided a US$400 million currency swap facility to the Central Bank of Sri Lanka to assist with economic recovery and to tackle the Covid-19 related disruptions.

Furthermore, both leaders agreed to continue the successful Indian housing projects and instructed the officials to fast track the construction of 10,000 houses in the plantation sector.

India and Sri Lanka acknowledged the progress made in information sharing and cooperation in both counter-terrorism efforts and in dealing with regional drug trafficking.

Both leaders agreed to strengthen cooperation in the areas of agriculture, animal husbandry, science & technology, health care, and AYUSH as well as skill development by increased training of professionals thereby realizing the full potential of the demographic dividend in both the countries.