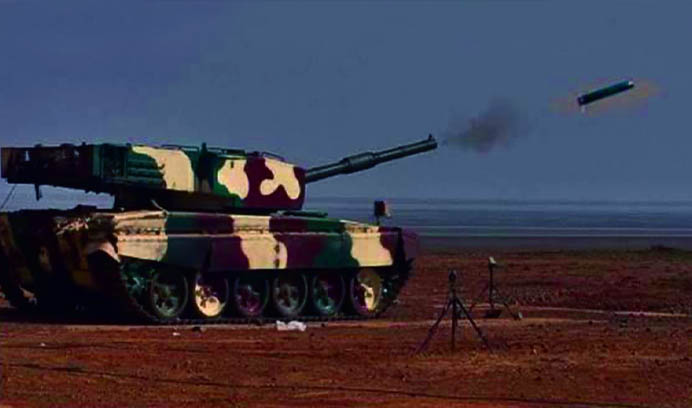 The laser-guided ATGM conquered a target located at 3 km. They lock and track the targets with the assistance of laser designation in order to have precision hit accuracy, as per the officials.

"The missile employs a tandem HEAT warhead to defeat Explosive Reactive Armour (ERA) protected armoured vehicles. It has been developed with multiple-platform launch capability and is currently undergoing technical evaluation trials from the gun of MBT Arjun," the Defence Ministry said in an official statement.

Defence Minister Rajnath Singh congratulated the DRDO on successful test firing of the ATMG. He tweeted, "Congratulations to @DRDO_India for successfully conducting test firing of Laser-Guided Anti Tank Guided Missile from MBT Arjun at KK Ranges (ACC&S) in Ahmednagar. India is proud of Team DRDO which is assiduously working towards reducing import dependency in the near future."