India will like globalization based on fairness and equality in post-Covid world: Foreign Secretary 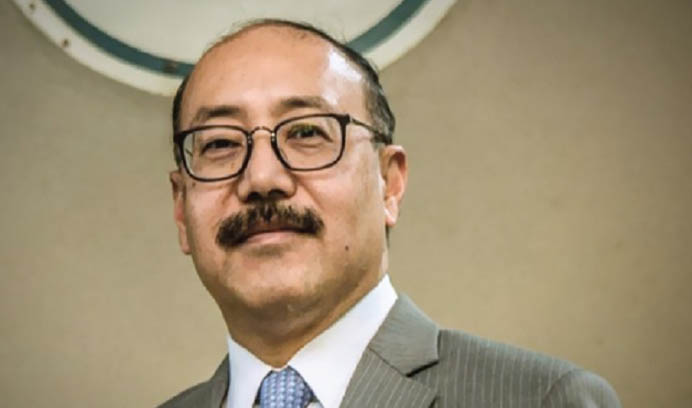 Disputes should be resolved peacefully and no nation should interfere in the affairs of other countries, Foreign Secretary Harsh Vardhan Shringla believes

India is committed to an international order based on rules and that multilateralism must be reformed to accommodate current trends and realities.

“We would like a new form of globalization, based on fairness, equality and humanity in the post-COVID world,” Foreign Secretary Harsh Vardhan Shringla said on Monday in his address at the inaugural session of St Stephen’s college organised ‘India and the Reshaping of the World Order.’

The Foreign Secretary said the pandemic has disrupted an international order or system that has been in existence for much of people’s working lives.

“We are a collection of nation states organised around the concept of sovereignty and on the general principles that disputes should be resolved peacefully and that one should not normally interfere in the affairs of other states. It is what is often called a Westphalian system,” he said.

The recent past has seen this system revisiting ideas about sovereignty and devoting much attention to concepts such as international law, soft laws and norms, he said.

“We also believe that the content of globalisation needs to change. We believe that multilateralism must be reformed to accommodate current trends and realities,” Shringla said.

“Our prime minister has spoken of a human-centric globalisation that transcends the purely economic agenda that has defined globalisation so far. We would like a new form of globalisation, based on fairness, equality and humanity in the post-COVID world,” he said.

Periods of growth follow all crises and like the crises preceding it, the current crisis is also expected to be followed by a similar trend, the Foreign Secretary said.

“One of our priorities, in this context, is to make India, in the words of the prime minister, the “nerve centre of global supply chains”. This is also in line with his vision of “Aatmanirbhar Bharat”.

“We are actively engaged in promoting India as an alternative manufacturing hub and an innovation destination,” the Foreign Secretary said.

“All crises alter geopolitics. Some things will, however, not change. The fundamental spatial orientation of our policy remains Neighbourhood First,” Shringla said.

Initiatives such as BIMSTEC link Neighbourhood First to another fundamental pillar of our foreign policy, viz, Act East, he said.

“We have a growing dialogue with ASEAN through multiple channels. Think West - our outreach to the Gulf and West Asian countries - has become an increasingly important pillar of our foreign policy,” he said.

India has also outlined our vision for engagement in the Indo-Pacific region based on a free, open and inclusive order, and on respect for sovereignty and territorial integrity, peaceful resolution of disputes, and international rules and laws, he asserted.

Asserting that India believes in “Vasudaiva Kutumbakam” and in the principle of “Nishkama Karma”, he said this is why “we tried to act as a pharmacy of the world” during the current crisis and provided medications and essential medical supplies to more than 150 countries across the world.