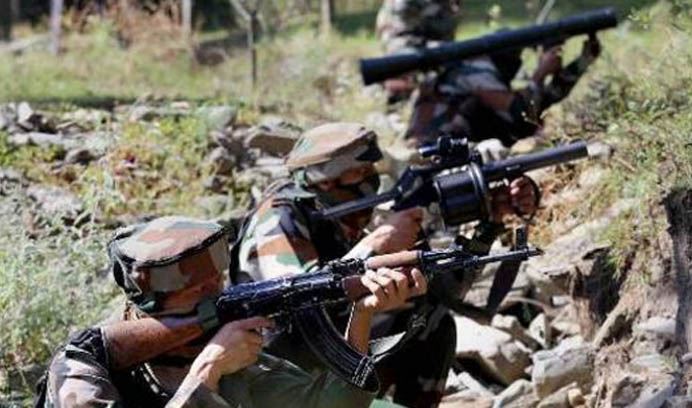 Pakistan breaks all records when it comes to terrorism or cross border firing that it willingly indulges in to push infiltration into India.

The Central government on Friday told the parliament that there have been 3,186 ceasefire violations by Pakistan along the Line of Control (LoC) over the past eight months. This is the highest spike in the ceasefire violations in a year in the last 17 years since the Ceasefire Agreement was brokered in 2003.

According to the Minister of State for Defense in the Rajya Sabha Shripad Naik, there were also 242 incidents of cross-border firing from January 1 to August 31 in the Jammu region, along the international border with Pakistan.

Furthermore, in order to disturb peace in Jammu and Kashmir region, Pakistan has dropped drones in the Union Territory.

"Pakistan is trying to disturb peace in Jammu and Kashmir by using drones to drop weapons. They are also trying to infiltrate terrorists. Dropping weapons by drone is challenging but we have been able to restrict such acts and have got some success,” said Jammu and Kashmir DGP Dilbagh Singh.

He said that Pakistan is trying to promote terrorism in J&K by providing support to terror groups.

"Pakistan is trying to promote terrorism in every possible way in Jammu and Kashmir by providing all support to terror groups. We will deal with drug smugglers strictly. Pakistan is involved in Pakistan is using narco-terrorism for terror funding", Dilbagh Singh said.

However, the Indian army is on its toes and making appropriate efforts to bring Pakistan’s efforts to promote terrorism to fail.

According to officials, three suspected Lashkar-e-Taiba terrorists were arrested by the security forces from Rajouri district with a large cache of arms and ammunition they had received through drones.

Police said they had gone to Rajouri to receive the weapons sent by drones from Pakistan.