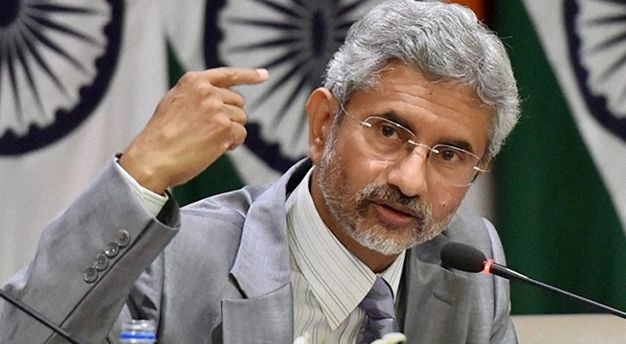 The External Affairs Minister describes Japan as a pioneer of ‘Atmanirbharta’, pitches high for its goal to create jobs and attract investments

External Affairs Minister S Jaishankar on Friday reiterated that ‘Atmanirbhar Bharat’ is all about manufacturing for the world, it is about creating jobs. “

It is also about making ourselves a more capable player as compared to the rest of the world. India needs to have an employment-centred economy.”

Speaking at the launch of ‘India-Japan: Time to Seize New Opportunities’ a report prepared by FICCI, the External Affairs Minister said Atmanirbhar Bharat “is not a slogan in isolation. The Atmanirbhar Bharat program has been accompanied by initiatives making it easier to do business, making it more attractive for investments to come in. I would urge people to look at it very objectively.”

He further said that it is very important to understand the concept of Atmanirbhar Bharat. The pioneer of Atmanirbharta or self-reliance is Japan.

Highlighting the impact of COVID-19 on the economy, Jaishankar said post-COVID, India will be a more worthwhile and ambitious place to do business. “Today, recovery and resilience are the two key words on which everybody in the world is focused,” he added.

He also stated that COVID-19 has expanded our focus on national security as well as in terms of economic security. “Expectation of an average Indian has increased from the healthcare system in India,” said Jaishankar.

Emphasizing on the strong India-Japan economic relations, he said strategic autonomy is a new horizon which is opening up as an area of cooperation between the two countries. “Japan is among the trusted partners for India and a great source of inspiration. As we both look at the world with radically different world order, we are the two countries whose shared values make us natural partners,” he said.

Elaborating on the future business opportunities, Jaishankar said the government is likely to announce more measures which will help in attracting more investments. “We truly have a strategic relationship which has acquired many more facets. Defence and security relationship are new aspects, but it has progressed very well. Two new areas where we are expanding include economic relationship in Far East and Pacific,” he added.

The External Affairs Minister also urged both Indian and Japanese companies to explore more opportunities. He also advised the Japanese companies to understand the vision of Atmanirbhar Bharat which is self-reliance. “Japanese investors can’t wait for a perfect investment environment to come in,” he said.

Speaking on the occasion, Charge De Affairs of Japanese embassy Toshihide Ando said there has never been a better time to seize the opportunities that exist between India and japan. It is important to create robust supply chains to meet the global demand.

He further said that both the countries have a strong socio-economic relationship and together they can solve a lot of global challenges.