The world believes in us: PM Narendra Modi at India-US meet 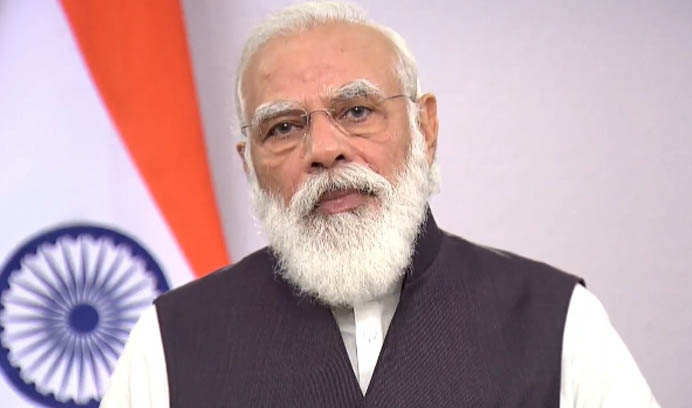 The pandemic has shown the world that the decision on developing global supply chains should be based not only on costs but also on trust, the Prime Minister said. Companies were now looking for reliability and policy stability, he pointed out.

“India is a location which has all of these qualities,” he emphasized, adding that the country was becoming one of the leading attractions for foreign investments. “The world believes in us,” the Prime Minister said.

He was delivering the special keynote address at the 3rd Annual Leadership Summit of the US-India Strategic Partnership Forum (USISPF) via video conference.

The theme of the meet was ‘US-India: Navigating New Challenges’.

The road ahead is full of opportunities in the public as well as private sectors, covering core economic as well as social spheres. “Come, be a part of this journey,” the Prime Minister said in his address.

India has a government which believes in delivering results and feels that ease of living is as important as ease of doing business, PM Modi said.

India has received over USD 20 billion worth of foreign investment during the current year, he pointed out. Global giants like Google and Amazon have announced long-term plans for India. “India offers a transparent and predictable tax regime. Our system encourages and supports honest taxpayers,” PM Modi said.

Pointing out that FDI into India grew by 20 per cent in 2019, the Prime Minister noted that this happened even as FDI fell globally. “This shows the success of our FDI regime,” PM Modi said.

He said that the importance of investment in driving growth cannot be overstated. India was tackling both the supply and demand sides upfront, he added.

During his address, he also referred to the Atmanirbhar Bharat, saying 1.3 billion Indians had embarked on a mission to make a self-reliant India. This campaign “merges the local with global” and ensures that “India’s strengths act as a global force multiplier,” he said.

“A self-reliant and peaceful India ensures a better world,” he noted. Prime Minister Modi explained that Atmanirbhar Bharat is about transforming India from being just a passive market to a manufacturing hub at the heart of global value chains.

Here are some highlights from Prime Minister Modi’s address:

The Insolvency and Bankruptcy Code has reduced risks for the entire financial system.

Comprehensive labour reforms will reduce the compliance burden for employers, providing social security protection to workers at the same time.

India is working on a unique digital model to build a National Digital Health Mission.

India is the world’s largest producer of generic medicines and ensures constant supply to the world.

India is at the forefront of research for vaccines for Covid-19.