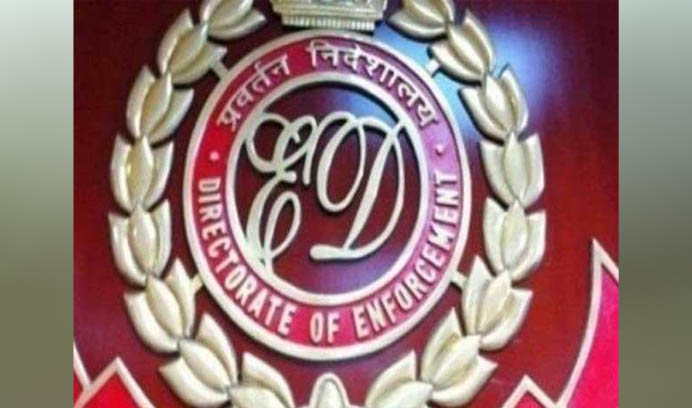 The federal probe agency conducted searches, under the Prevention of Money Laundering Act (PMLA), on the registered offices of the companies.

On Friday, the ED carried out raids at multiple premises in Mumbai, Delhi, Pune and Gurgaon, under the Prevention of Money Laundering Act (PMLA), on the registered offices of the companies, their directors and chartered accountants involved in illegally running online betting apps from websites which are hosted from outside India, said a report in Hindustan Times.

The police also arrested a Chinese national Yan Hao and two Indians Dhiraj Sarkar and Ankit Kapoor earlier this month. It said that Yan Hao, who is the manager of Beijing Tomorrow Power Company, was allegedly organizing an online betting scam.

As per the ED, Chinese nationals, with the help of some Indian chartered accountants, floated multiple Indian companies.

“Initially dummy Indian directors were used to incorporate the companies and, after some time, Chinese nationals travelled to India and took directorship in these companies. Some locals were hired and used to open bank accounts with HSBC Bank and open trade accounts with online wallets namely Paytm, Cashfree, Razorpay,” the ED said, adding the accused companies launch pan-Indian operations .

Speaking about modus operandi of these Chinese companies, the ED said once bank accounts were opened, the internet access credentials were couriered by the Indian employees to China and major payment instructions came from owners in China.