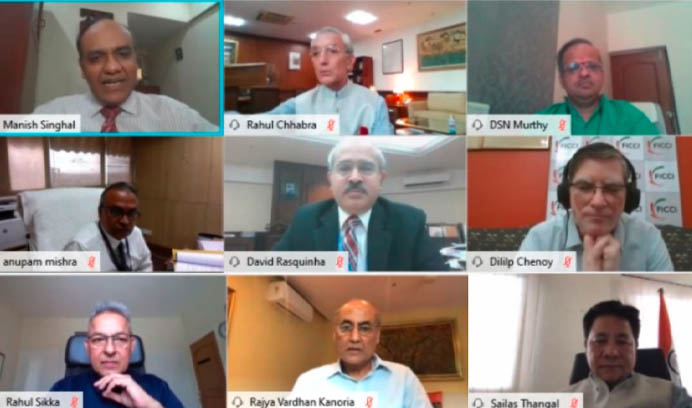 Of the 54 African countries, 30 have ratified the African Continental Free Trade Agreement

On Friday, India emphasized on its dedicated growth in relations with Africa, stating that the country's businesses could benefit from the African Continental Free Trade Agreement, said a report by The Tribune.

While speaking at a FICCI webinar attended by officials of the Indian and African Diplomatic Corps, Ministry of External Affairs (MEA), Economic Relations Secretary Rahul Chhabra called the proposed pact a "game changer."

He said numerous African countries were participating in the agreement and an opportunity at enormous scale could approach in upcoming months.

Among the 54 nations, 30 had ratified the agreement, the publication reported.

He added that India is well-equipped to involve in business in a challenging environment and diversity in Africa and focused on 10 guiding principles laid by Prime Minister Narendra Modi during his visit to Uganda in 2018 continued to be the most important consideration.

As per the article by The Tribune, during an evaluation meeting with the African Union, India put to effect over $ 6.4 billion under the Lines of Credit committed/ongoing out of the overall $ 10 billion made at the 3rd India-Africa Forum Summit in 2015.

The secretary also mentioned that India had started nine of the 18 new missions it contemplated to have in Africa and urged the business community to get assistance from the Embassies and High Commissions for specific issues.