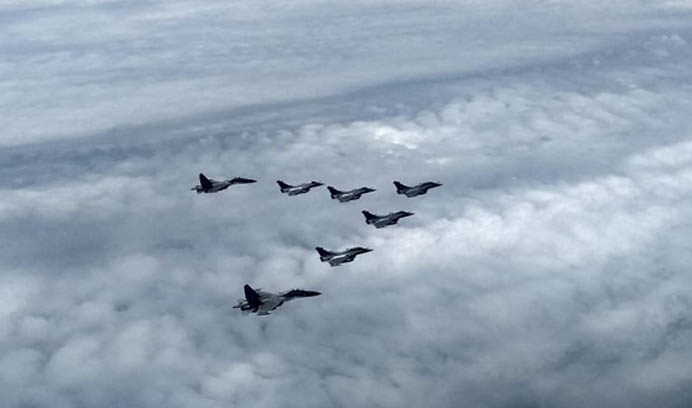 India is ready to hold the induction of the five newly acquired Rafale jets on September 10. At the ceremony, French Defence Minister Florence Parly is likely to be present along with Raksha Mantri Rajnath Singh, a PTI report carried by Business Today has reported.

The report has said that Parly is likely to attend the formal induction ceremony of the five Rafale Jets into the Indian Air Force (IAF) to be held next month at the Ambala Airbase. The ceremony will also be attended by Chief of Defence Staff General Bipin Rawat will also be present along with top officials of the military.

According to the report, the Defence Ministers of both the nations will also hold talks to discuss ways to further strengthen the strategic ties. The report also said that Parly had confirmed to attend the ceremony on June 2 in a telephonic conversation with RM Rajnath Singh.

India welcomed the first batch of Rafale Jets on July 29 when they landed at the Ambala Airbase. The planes have been designed by French aerospace giant Dassault Aviation.

India had signed a deal with the French company in September 2016 to acquire 36 Rafale jets at a cost of Rs.58,000 crore. Out of these 36 Jets, 30 will be fighters while six will be used for training purposes.