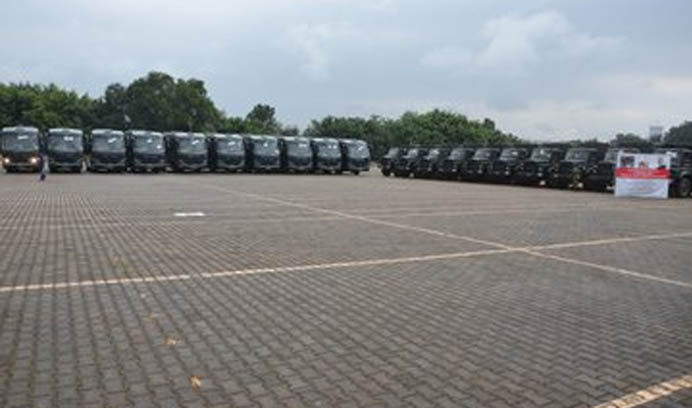 Prime Minister Narendra Modi had given an assurance in this regard during his 2018 visit. (Source: Twitter @IndiaInUganda)

India, as an important partner for development and capacity building in Africa, handed over 36 vehicles to Uganda. Both countries enjoy friendly bilateral relations which is marked by regular high-level contacts and cooperation.

A Ajay Kumar, the Indian High Commissioner, handed over the vehicles - 10 buses, 10 troop carriers, two ambulances and 14 motorcycles to Adolf Mwesige, Minister of Defence and Veterans Affairs, Government of Uganda. MEA officials said Prime Minister Narendra Modi during his 2018 visit had made the announcement of handing over the vehicles, stated Financial Express. Moreover, he was the first-ever Indian leader to address the Ugandan Parliament.

The report pointed out that in 2019, 11 containers containing 57 different medicines were gifted by India to Uganda. The medicines, worth US$1.4 million, were for a variety of ailments and were distributed by the National Medical Stores to the network of Government-run hospitals across Uganda.

According to The Financial Express, the Uganda People’s Defence Force (UPDF) is getting trained in various Indian Army training institutions under the Indian Technical and Economic Cooperation programme. The Indian Association in Uganda, with the help of the Indian military team, had earlier in the year helped in setting up a military war game center in Jinja district for UDPDF.