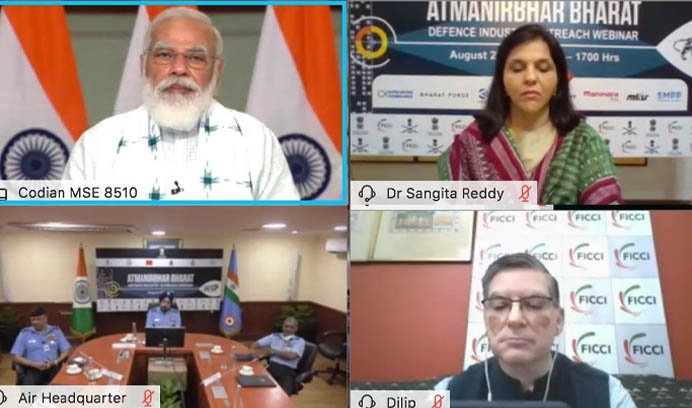 With the government reinforcing its commitment to Make in India a success and turn India into an export hub, Prime Minister Narendra Modi said Atmanirbhar Bharat will make the global economy resilient and stable. He made this statement during a webinar on ‘Atmanirbhar Bharat - Defence Industry Outreach Webinar’.

PM Modi, according to a report in DNA, said India has the potential to be a supplier of defence equipment to friendly countries. India will be a net security provider in Indian Ocean Region, he said.

India for years has been a big importer of defence equipment, the PM pointed out, but it is very far away from other countries in defence production. The report highlighted that the earlier government never took defence production seriously and treated it as a routine subject.

“In the last few years, we have been making all attempts to boost manufacturing in this sector and promoting private sector participation. We have taken various reform measures and it will continue,” PM Modi said. “Procurements after creation of Chief of Defence Staff have been streamlined.”

He also highlighted that for the first time, 74 per cent of Foreign Direct Investment (FDI) has been allowed. “For decades, ordnance factories were running without focus and the country was incurring loss. The ecosystem was limited. We are now corporatizing ordnance factories,” the report said.