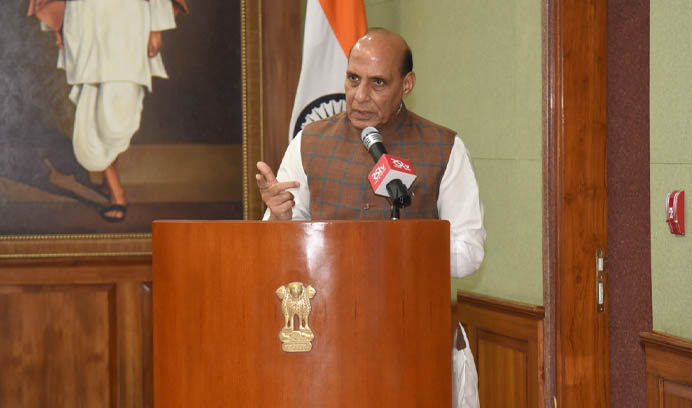 Defence Minister Rajnath Singh will not hold any bilateral meeting with China or Pakistan during his visit to Russia next month to attend three-day meetings of Shanghai Cooperation Organisation (SCO) and Commonwealth of Independent States (CIS).

Times Now has reported that Singh will attend the meetings of SCO and CIS which consists of countries that became independent states when Soviet Union broke in 1991 but will not meet the leaders of China and Pakistan. RM Rajnath Singh will not meet them keeping in mind the situation at the Line of Actual Control (LAC) that India shares with China and Line of Control (LOC) that India shares with Pakistan, the report said.

The defence minister will meet his Russian counterpart Sergei Shoigu on his invitation. China and Pakistan will also be part of the three-day meeting, as they are members of the SCO, the report said.

This will be his second visit to Russia in two months with the first one being in May to attend the May Day Parade in which the Indian Soldiers also participated. Russia remembers the sacrifice of Indian soldiers in the victory over Nazi Germany, particularly in North Africa and Italy, the report said.

Russia is holding this meeting to observe 75 years of the defeat of Nazis in the Second World War which Russia refers to as the Great Patriotic War, the report said. Russia has invited five countries that were part of the Soviet Union, Serbia and Afghanistan besides India.

In 1945, the Nazi Germany was defeated. Russia fought a war against Nazis from between 1941 and 1945 in which 25 million Soviet citizens, soldiers and civilians lost their lives. It’s a matter of glory for Russia as more Nazi soldiers died on the Russian front than anywhere else.