As tension with China mounts, India and Japan to hold bilateral summit next month 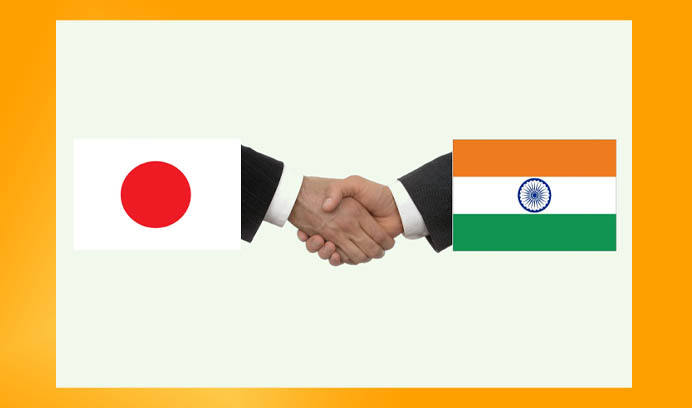 India and Japan are holding their annual summit at the time when the former is facing tense standoff with China in eastern Ladakh.

As preparation is on for the first virtual summit between India and Japan in the first week of September, China’s Global Times has launched a blitzkrieg campaign against India. In a recent article it said that the impact of the Coronavirus pandemic on the economy of India and its “spillover effects are moving in a worrying direction.”

China’s tabloid newspaper, which is a mouthpiece of the East Asian country’s Communist regime is certainly barking up the wrong tree. Indian economy, as per HIS Markit, is likely to rebound in the second half of 2020 and will grow by 6.7 percent in the next financial year.

Then Moody’s Investors Service in its latest report said the Indian economy will pick up in the second half of 2020. It has projected Indian economy to grow 6.9 percent in 2021. Moreover, even during the Covid-19 pandemic, India has as per NITI Aayog CEO Amitabh Kant, been able to attract $22 billion Foreign Direct Investment.

But China, filled with animosity towards India, tries to undermine its Southern neighbour’s economic strength. Experts say it does so out of fear as several foreign companies operating from China are planning to relocate their business to India and other countries.

This issue is likely to figure during the forthcoming summit between Prime Minister Narendra Modi and his Japanese counterpart Shinzo Abe. Japan has earmarked a $2.2 billion economic package to help its manufacturers shift their production out of China.

In order to offset the disastrous impact of the pandemic, Tokyo will provide 220 billion yen ($2 billion) to companies which will shift production back to Japan and 23.5 billion yen to those seeking to move production to other countries.

While trade and investment are expected to figure during the bilateral summit between the two countries, they are likely to seal a pact on much talked about Acquisition and Cross Servicing Agreement (ACSA).

The pact will facilitate militaries of the two countries to use each other’s bases and facilities for repair and replenishment of supplies besides allowing them to scale up overall defence cooperation. If this pact is signed, Japan will be the third country after the US and Australia with which India has similar kind of arrangement.

The two sides are also expected to review the entire spectrum of bilateral relations, including the long-pending demand for the supply of the US-2 amphibious aircraft by Japan. Talks could also be held on the issue of technology transfer.

India is interested in building diesel-electric submarines in cooperation with Japan. During his September 2019 visit to Japan for a defence ministerial meeting, Defence Minister Rajnath Singh had also interacted with Japanese submarine manufacturer--Mitsubishi Heavy Industries and Kawasaki Heavy Industries.

Significantly, India and Japan are holding their annual summit at the time when India is facing tense standoff with China as PLA troops are refusing to withdraw from some of the friction points in eastern Ladakh despite several rounds of diplomatic and military level talks.

Upset with the Chinese behavior, Chief of Defence Staff (CDS) General Bipin Rawat recently said the military option to deal with the Chinese aggression is on the table, should all efforts to restore status quo along the LAC fail.

After the Galwan Valley incident in which 20 Indian soldiers had died in a violent clash with Chinese PLA troops on June 15, Japan had lent strong support to India. Japan’s ambassador to India Satoshi Suzuki twitted, “Japan opposes any unilateral attempts to change the status quo,” (in the region).

India and Japan are also likely to discuss in detail about the situation in the Indo-Pacific region, including the South China Sea.

As regarding the next Malabar naval exercise, the two sides are expected to shed light on inclusion of Australia for the event and further strengthening of the Quad, comprising India, Japan, the US and Australia.

Overall, the forthcoming India-Japan bilateral summit is going to be a highly watched affair as it will lay the ground for their future engagement in the post Covid-19 world and also amid growing challenges from the expansionist China.

‘India-Kuwait-Bhutan friendship is a role model’: Kuwait envoy in Bhutan