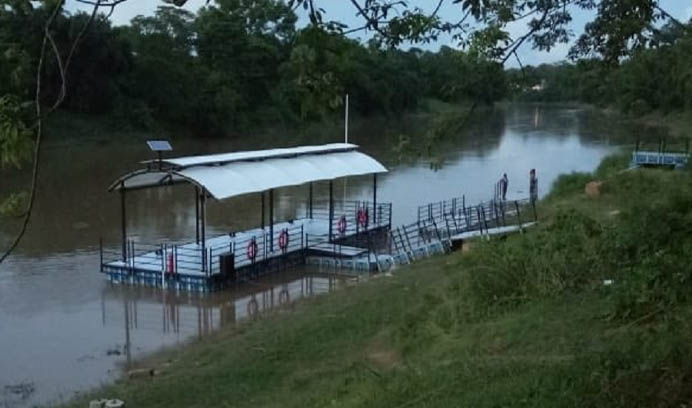 This is the first time any kind of goods will be reaching Tripura by ship, state Chief Minister Biplab Kumar Deb said

Tripura Chief Minister Biplab Kumar Deb said that the trial run in the Sonamura-Daudkandi inland waterways protocol route is scheduled for the first week of September, according to a Hindustan Times report.

“Historical moment of Tripura! Trial Run of Ship is to be conducted in first week of September. Bangladesh Inland Water Transport Authority has given permission for trial run of voyage from Daundkandi (Cumilla) to Sonamura via river Gomti,” tweeted the chief minister.

During the trial run, 50 MT cement will be transported in a barge from Dhaka to Sonamura, the report revealed.

The Tripura chief minister further said that this is the first time any kind of goods will be reaching Tripura by ship as per the Hindustan Times report.

As per a survey conducted by the Bangladesh authorities, 89.5 kilometers out of 90 km of the Sonamura-Daudkandi protocol route falls in Bangladesh and 500 meters in India; the report quoted.

A floating jetty on Gomati River was launched as part of the Indo-Bangladesh international inland waterways project, last month.

The report said that as planned, small boats having the capacity to carry 50 tonnes of goods would start moving through this route to Bangladesh with the setting up of a temporary jetty soon.