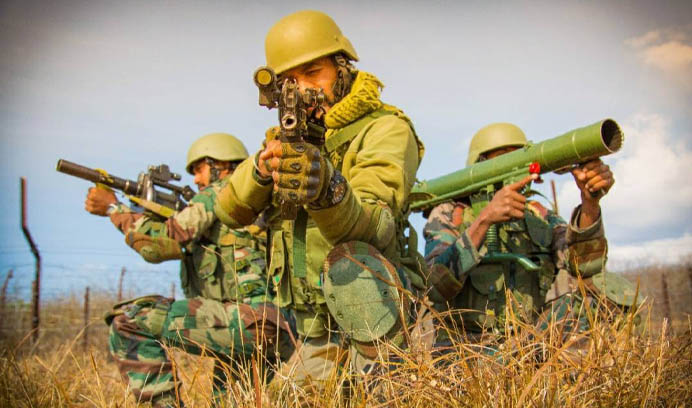 Noting the presence of Chinese helicopters near the Line of Actual Control (LAC), the Indian Army has been equipped with shoulder-fired air missile systems to defend Indian territory.

According to an ANI report carried by The Times of India, Indian troops armed with the Russian lgla air defence system have been deployed on the crucial heights along the border. This is intended to take care of any enemy aircraft trying to violate the Indian air space.

The Indian Air Force had also deployed SU-30MKI fighter jets during May this year to curb the possibility of Chinese aircraft intruding into the Indian air space around the Eastern Ladakh region.

The Russian weapon systems, provided to both the Indian Army and the Indian Air Force, can be used to take down enemy aircraft if they cross into Indian territory, the report said.

The Indian Army is also learnt to have increased the surveillance system for the air space in the Eastern Ladakh region, by deploying radars and surface-to-air missile systems.

The ANI report further stated, “While building up in the Eastern Ladakh sector including areas such as Galwan valley and Patrolling Point 14, the Indian forces had observed that a number of Chinese choppers had tried to come inside Indian Territory near the flashpoints.”