Mauritius deploys ‘Made in India’ helicopters to extricate skimmed oil 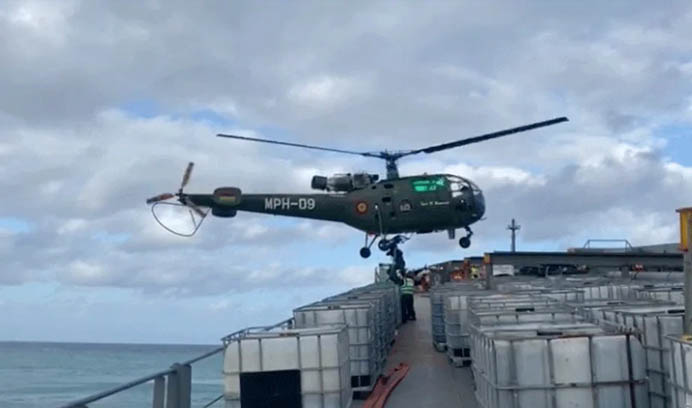 India had gifted one Dhruv and two Chetak helicopters developed by HAL to the Mauritius government in 2016.

At a time when India Prime Minister Narendra Modi is pushing for Aatmanirbhir Bharat across all sectors, including defence industry, in the country, Mauritius deployed ‘Made in India’ helicopters to extricate skimmed oil from a vessel.

India had gifted one Dhruv and two Chetak helicopters developed by Hindustan Aeronautics Limited (HAL) to the Mauritius government in 2016, said a report in WION.

A total of 228 Dhruv helicopters, including 216 for the Indian Armed Forces, had been produced by March 2017. The report said that it has been supplied to the Nepal Army, Mauritius Police and Maldives.

HAL started manufacturing the Chetak helicopters in 1962 when it entered into an agreement with Sud Aviation (M/S Airbus). As per the WION report, the first Chetak in fly away condition was delivered in 1965. One of the Chetaks used to clean the Mauritius oil spill was given in 1987.

Earlier India sent equipment and a 10-member team to Mauritius to help deal with the oil spill which has been declared as an environmental emergency.