India and Japan likely to hold a summit in September 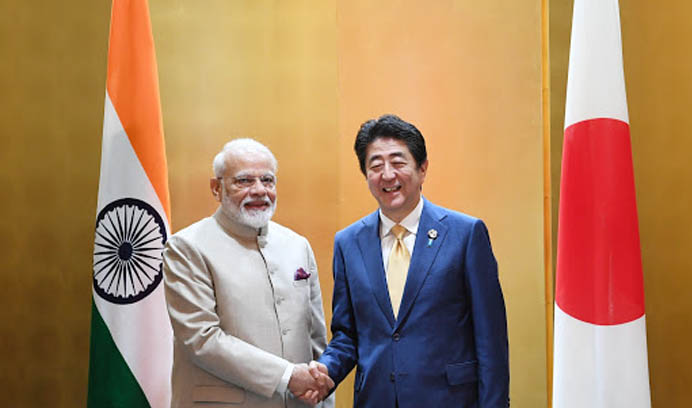 The strategic meeting between the Indian Prime Minister Narendra Modi and the Japanese Prime Minister Shinzo Abe is likely to happen next month. The two sides are expected to discuss possibilities of shifting some Japanese manufacturing activity to India and also sign a military pact called the Acquisition and Cross Servicing Agreement (ACSA).

According to a report by Hindustan Times, the ACSA is a key to India and Japan providing support and logistics to each other’s military and is expected to be signed by the two PMs. India is already under agreement with the other two Quad members which are Australia and the US. The quad is a group of four nations of India, Japan, Australia and the US, coming together against Chinese activities in the region.

The summit is going to be held in the backdrop of Chinese troops creating tension at the Indo-China border which has caused the lives of 20 Indian soldiers. So, the diplomats of the two countries will not only discuss the mutual ties but also the Chinese affairs in the region including the stand of Quad in the issue.

According to the report, there are possibilities of India opening up space to the Japanese companies for manufacturing units for promoting economic activities. The most significant outcome could be India handing over the infrastructural upgradation of the Andaman and Nicobar port to Japanese entities.