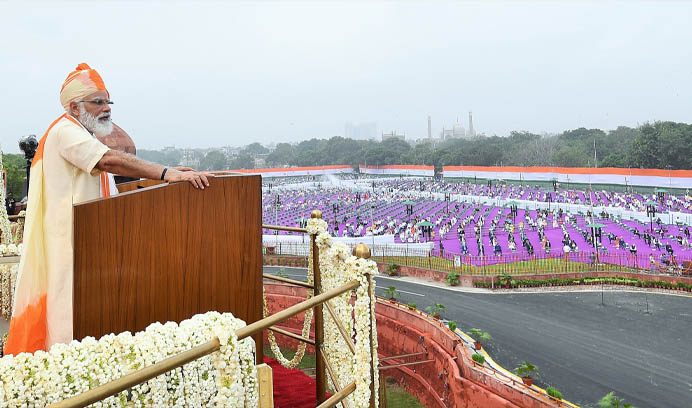 India’s ties with the Gulf countries which is crucial to the nation’s energy needs has improved significantly in recent years. Prime Minister Narendra Modi has made cementing relations with the Gulf his topmost priority. And Modi’s travels and Middle East policy has boosted the ties.

He was the first prime minister to visit Abu Dhabi in 2015 after 34 years, said a report in Hindustan Times. The following year, Modi traveled to Saudi Arabia.

“The Sunni countries along with Kuwait and Qatar are the heart of PM’s Middle East diplomacy as New Delhi realises the role these countries play in its energy security, the well-being and progress of the Indian diaspora safety as well as the Organization of Islamic Cooperation (OIC),” the report said.

In his 90-minute address to the nation on Independence Day, PM Modi thanked the Gulf countries for letting Indians stay for an extended period amid the COVID-19 pandemic. The report said the explicit expression of gratitude to countries such as the United Arab Emirates, Saudi Arabia, Kuwait and Qatar comes amid the government’s consistent efforts to strengthen ties with the Gulf across various sectors.

India has also whole heartedly welcomed UAE’s accord with Israel. New Delhi embracing the accord with open arms highlights Pakistan’s guarded response. An Indian diplomat said the statements by New Delhi and Islamabad on the UAE-Israel accord reflects their different priorities.