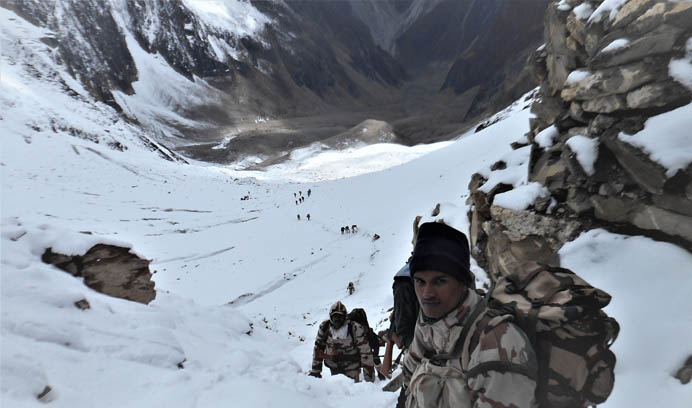 Indo-Tibetan Police Force (ITBP) Director-General SS Deswal has recommended for gallantry awards 21 soldiers who showed bravery and courage during the India-China faceoff in May and June this year, said a report by India Today.

Deswal also recommended 294 DG Gallantry Commendations for ITBP personnel for displaying raw courage and bravery during the faceoffs. As per the sources quoted in the report, the recommendations for the bravery of the ITBP troops is other than the clashes in the Galwan Valley.

Revealing what the faceoff with the Chinese troops on the Ladakh border was like, an ITBP statement quoted in the India Today report said, "The ITBP troops not only effectively used shields to protect themselves but also responded fiercely to PLA advancing troops and brought the situation under control. With the highest order of professional skills, ITBP troops fought shoulder to shoulder and also brought the injured Indian Army troops to the rear.”

The statement added that ITBP troops gave a befitting reply to the stone pelters of the Chinese People Liberation Army. At some places, the faceoff even continued for 17-20 hours, it added as per the report.