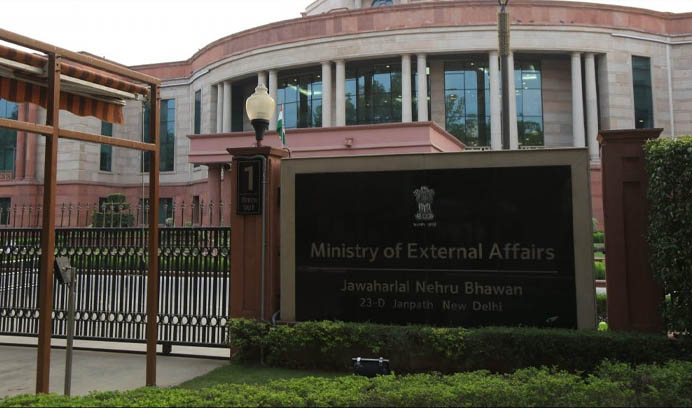 Some of the friction points along the Line of Actual Control like Pegong Lake, Depsang and Gogra are yet to see engagement by Chinese PLA troops despite several rounds of talks.

With round after round military and diplomatic-level talks between India and China failing to yield any result, the Ministry of External Affairs on Friday quoted S Jaishankar as saying during an interview with a media outlet that the situation on the border and future ties with Beijing can’t be separated.

“In accordance with bilateral agreements and protocols, full restoration of peace and tranquility was essential for the overall development of bilateral relations,” addressing the media in a virtual format during the weekly briefing, Ministry of External Affairs’ spokesperson Anurag Srivastava said.

Several meetings of Working Mechanism for Consultation and Coordination (WMCC) on border affairs and also of senior commanders have taken place, wherein both sides discussed the implementation of the on-going disengagement process.

Yet there is no disengagement of Chinese troops from some of the friction points like Pegong Lake, Depsang and Gogra. Both sides have so far disengaged from the Galwan Valley, the place where Indian and Chinese troops had violent scuffle, leading to the death of 20 Indian soldiers on June 15 and some other areas of Eastern Ladakh.

In the wake of such developments, the MEA spokesperson asked China to sincerely work with India towards achieving the objective of complete disengagement and des-escalation along the Line of Actual Control.

“While we would like the ongoing disengagement process to be completed at the earliest, it is important to bear in mind that achieving this requires agreed actions by both sides,” the MEA spokesperson said.

He added that both sides have agreed on broad principles of disengagement and based on it, some progress had been earlier made.

“I must add that translating these principles on ground is a complex process that requires re-deployment of troops by each side towards their regular posts on their respective sides of the LAC,” Anurag Srivastava said.

“It is natural that this can be done only through mutually agreed reciprocal actions. While we would like the ongoing disengagement process to be completed at the earliest, it is important to bear in mind that achieving this requires agreed actions by both sides,” he added.