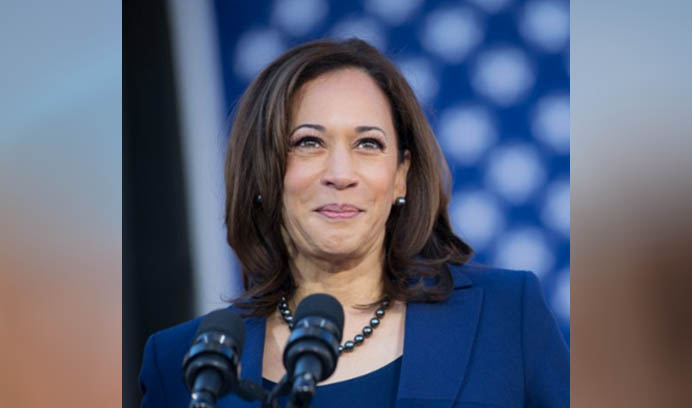 Her candidature is expected to woo growing Indian-American vote bank in the US.

Selection of Indian-origin Senator Kamala Harris as the Vice-Presidential candidate has been lauded by leading Indian-American groups across the US as a moment of pride and celebration for the entire community in America.

The 55-year-old Harris is currently the US Senator from California. Herfather is an African from Jamaica and mother an Indian.

The Press Trust of India (PTI) report published by Outlook quotes M R Rangaswami, an eminent Indian-American and the founder of Indiaspora, saying this shows Indian-Americans are now truly a mainstream community in the national fabric.

Harris herself was a presidential aspirant until last year; she had to drop out of the race because of lack of popular support, the report said.

According to the Outlook report, IMPACT, a leading Indian-American advocacy group and PAC, will raise USD 10 million for the campaign.

“The daughter of immigrants from Jamaica and India, Kamala Harris represents the future and promise of this country. Her candidacy is historic and inspiring, not only for Black Americans, but for millions of Asian American voters, the fastest growing voting bloc in the country,” Makhija is quoted as saying.

He also said Harris knows both the Black American and South Asian-American experiences.

Around 1.3 million Indian-American are expected to vote in this year’s presidential elections.

Referring to statistics of an American research firm, the Outlook’s report says 77 per cent of Indian Americans voted for Hillary Clinton in 2016.

According to the report, a recent survey carried by a Donald Trump supporter claims that 50 per cent of Indian-American voters in key battleground states are moving away from the opposition Democratic Party towards Trump.