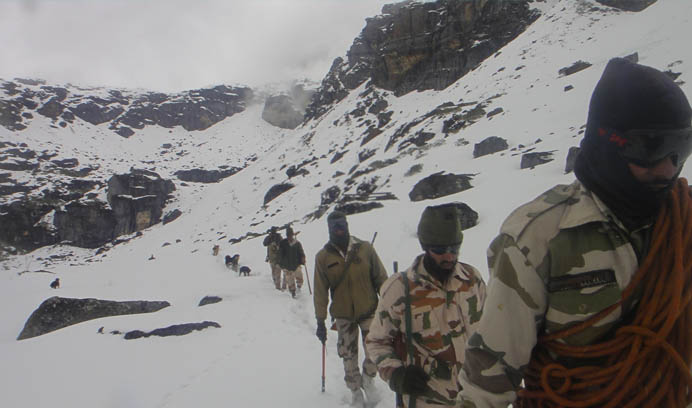 India is stuffing up its weaponry amid its on-going standoff with China. According to a report published in The Tribune, the Indo-Tibetan Border Police (ITBP) force on August 10 floated a global tender for the purchase of sniper rifles.

According to the report, ITBP is looking to procure 358 7.62*51 mm bolt sniper rifles including detachable sound suppressors as standard equipment. The tender mentions that the rifles should provide a killing range of at least 800 meters. The rifles should contain integrated telescopic sights useful especially in low light conditions, the report said.

India shares its Line of Actual Control (LAC) with China on extremely cold mountain ranges for which it requires rifles which can effectively work in temperatures as low as minus 30 degrees Celsius.

The Tribune’s report mentions that the ITBP is currently using Austrian SSG-69 bolt action rifle along with Russian Druganov semi-automatic rifle which the Army is planning to do away with.

As China continues to lock horns with India, the Defence Ministry has increased the forces at the LAC. The report says that out of ITBP’s 56 battalions, 32 have been deployed for guarding around 180 outposts along the Himalayan frontier with China.

The forces have been reinforced due to the on-going standoff between the two nations.