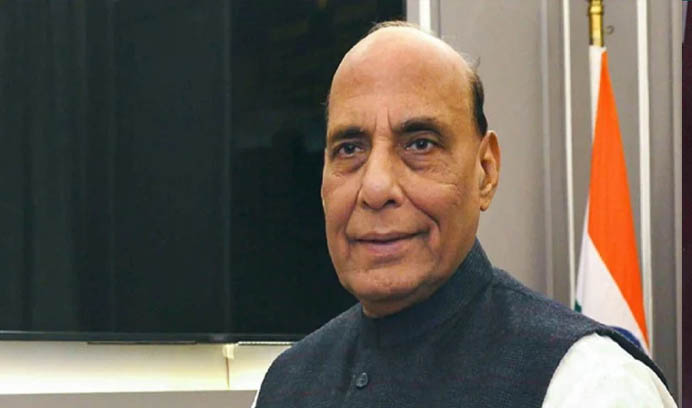 After banning the import of 101 defence items, the Centre is mulling on putting more defence items in the negative list.

In commensurate with ‘Atmanirbhar Bharat’ programme, he said government has made timely and thoughtful interventions during Covid-19 times like issuing negative list for import, increase in FDI limits, separate budget for domestic capital procurement and emphasis on indigenization

“The ban on imports of 101 items is a big step towards an Atmanirbhar Bharat. This list of negative items contains not only small items but weapon systems of high and critical technology. More such items will be added to this list shortly which will save crores of rupees in imports,” the Defence Minister said.

The government, he said, will take more steps towards indigenization, investment in defence infrastructure and expansion of defence manufacturing capabilities. These steps will create big opportunities for the Indian defence industry, he said, adding the Department of Defence Production, defence PSUs and Ordnance Factories Board have shown great enthusiasm and commitment in ushering in a truly Atmannirbhar Bharat.

He said, “Defence industry has always been the forerunner of cutting-edge technologies world across and hence self-reliance in defence is a tall task which needs whole hearted involvement of all to be fruitful.”

“The defence industries have been the force behind the armed forces. Today we are proud of our Defence PSUs and OFB for their continued support and sustained efforts towards this,” he added.

On this occasion, Rajnath Singh also unveiled modernization and upgradation of infrastructure of Pinaka Rocket Complex at Trichi, modernization of facilities at OLF Dehradun for manufacturing of high-end Optoelectronic products for T-90 Tanks. BEL has launched a fully indigenised Maareech Integration facility for manufacturing, integration and testing of Anti Torpedo Defence System Maareech which has been designed by DRDO. He also unveiled modernization of other critical defence infrastructure.

“These upgradation and modernization will give tremendous benefit in terms of reducing dependency on foreign resources for production as well as further maintenance, upgradation and lifetime support, all through safe and sound, indigenous hands.” the Defence Minister said